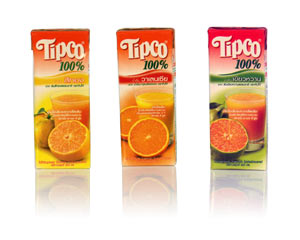 Tipco Foods (Thailand) aims to increase the proportion of its sales made in Asean markets to 20 per cent in the next two to three years, up from the present 5 per cent because of the benefits of the Asean Free-Trade Agreement.

Managing director Viwat Limsakdakul said his company would increase the volume of its ready-to-drink juice and ingredient products to tap Asean markets because there was currently strong demand for them. The company’s clearer focus on Asean markets is in line with the benefits of Afta, he said. Although private investment has joined the rebound in Thai economy, the outlook remains weak relative to other demand

Fiscal stimulus in China offset the decline in Thailand’s exports and is playing a role in the region’s rebound
The key risk to the global recovery lies in the need to get the timing of withdrawing fiscal and monetary stimulus just right. Withdrawal of fiscal stimulus too early may lead to another negative demand shock and a negative expectations spiral, whereas withdrawing the stimulus too late may lead to high inflation, further weakening of the US dollar, and possible asset price bubbles. In Thailand, for example, more than ten years since the 1997/1998 financial crisis banks still have bad loans in their books and the government still holds a large amount of debt related to the recapitalization of financial institutions. Given the expected length of recovery, it is important not to withdraw stimulus programs too soon, before the recovery is on a firm footing. On the other hand, macroeconomic imbalances are accumulating and eventually fiscal and monetary authorities, especially in the US, must consolidate their fiscal position and withdraw liquidity.