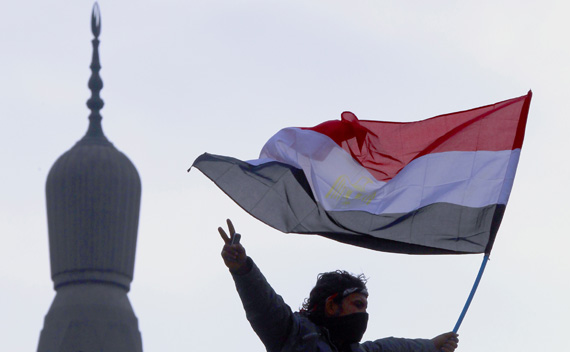 As the chaos in Cairo builds to a climax, some outside observers are comparing a potential transition in Egypt to Indonesia in the late 1990s, after the end of longtime dictator Suharto amid massive street protests in Jakarta and other cities.

As Thomas Carothers notes in the New Republic, in Indonesia the Clinton administration stuck with the dictator Suharto until long after his sell-by date, and then seemed confused about how to handle the post-Suharto situation. And as Carothers notes, despite its initial post-Suharto chaos, Indonesia eventually navigated a transition to democracy, and did not cut off its ties with the United States. In fact, today the Obama administration is building a close partnership with Jakarta.

Egypt should be so fortunate as to wind up where Indonesia is today. A little more than a decade after the fall of Suharto, Indonesia no longer looks like a chaotic and ungovernable state, potentially on the verge of disintegration. Instead, it is one of the democratic success stories of the past decade. Decentralization has led to greater local involvement in the political process; greater freedoms have birthed a vibrant media and civil society; the country has held several free and fair elections in a row; and it has resolved many of its outstanding insurgencies and territorial conflicts, such as Aceh. (Though not all – Papua remains a serious conflict.) The Indonesian military has gradually withdrawn from the center of power and from many businesses that it occupied under Suharto. Responsibility for some important tasks, such as counterterrorism, have been turned over to the police.

Yet to suggest that Egypt could follow in the footsteps of Indonesia seems in many ways unlikely. It’s true, as Carothers notes, that Egypt could potentially follow Indonesia’s example and institute a wide swath of legal and political reforms, and its interim leadership could potentially open up political space for all parties, but don’t bet on it. For one, Indonesia, though a large nation and important regionally, does not hold the sort of global strategic influence that Egypt does. The United States’ relations with Indonesia in the late 1990s ands early 2000s were weak and frayed, which actually allowed Indonesian politicians to chart their own course, while in Egypt, the U.S., Israel, Saudi Arabia, and other regional powers all have major stakes in the game. No matter what they say, none of these powers really wants a totally open and inclusive political system in Egypt, one in which the Muslim Brotherhood could wield outsized influence. In Indonesia, outside powers were content to offer some assistance to the transition, but not to closely guide Indonesia’s democratization. They will not be so hands-off with Egypt.

Secondly, in Indonesia there were potential liberal political leaders waiting in the wings after Suharto’s exit. Even before Suharto’s demise, Megaawti Sukarnoputri, daughter of independence leader Sukarno, had established herself as a leader of a powerful secular opposition movement; she eventually became Indonesia’s president. In addition to her, Abdurrahman Wahid and other liberal clerics guided large national religious organizations, which could be converted into votes. Wahid, too, ultimately became president of Indonesia. No obvious post-Mubarak leader with such a large and liberal national following exists in Egypt. Mohammed El Baradei could become this person, but right now he does not enjoy a deep national following. This lack of such a figure will make Egypt’s transition much harder, and more likely to be chaotic.

Finally, in Indonesia the army had hurt its own image far more than in Egypt. It had done so by participating in massacres in the 1970s, and 1980s, and 1990s, and also by allegedly being involved with the Suharto family’s web of business holdings. The fact that the Indonesian army had lost much of the public’s respect made it easier for politicians, over time, to reduce the role of the army in public life. This will be far harder in Egypt.

See the original post here:
Is Egypt the Next Indonesia?