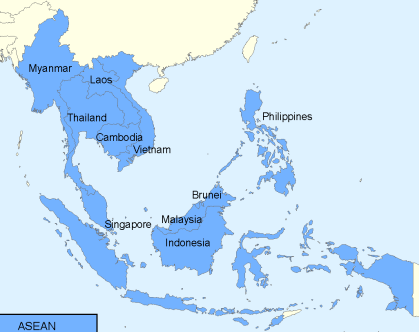 Thailand’s small- and medium-size enterprises (SMEs) should adjust to prepare for the country’s entry into the ASEAN Economic Community (AEC) in the next 3-4 years, according to Prime Minister Abhisit Vejjajiva.

He said Thailand’s 2.89 million SMEs remain unsure whether sharing markets with neighboring countries through ASEAN’s AEC will give them an opportunity to expand their markets or place them at disadvantage.

AEC envisages the following key characteristics: (a) a single market and production base, (b) a highly competitive economic region, (c) a region of equitable economic development, and (d) a region fully integrated into the global economy.

The positive trend is likely to continue in 2011, especially in the processed foods, auto parts and petrochemical industries, with potential investment of more than Bt400 billion, according to the Board of Investment (BOI). However, the BOIrecommends that SMEs closely watch global economic development and the baht.

Dr. Atchaka Sibunruang, Secretary General of the Board of Investment, said that the strong investment momentum among Thai SMEs was a result of the improvement of investment promotion policy launched in early 2010. Last year the BOI added 47 new business categories to its list of target SME businesses, bringing the total number to 57. Following the change, the BOI received applications for 147 SME projects with total investment value of Bt2.592 billion, which represented a growth of 12 times or 1,200 per cent the figure for 2009 when only 11 projects applied for the investment incentives.

The majority of the projects seeking investment incentives from the BOI are related to the food production, food preservation, high-technology food flavoring and additives, metal and metal products and parts production, machinery and equipment production and plastic and plastic coated product manufacturing industries.

“Our improved policy to promote investment by SMEs and the satisfactory results show that we are on the right track. The policy has helped increase access to various investment incentives for SMEs, such as 8-year corporate income tax exemption, which plays a significant role in increasing liquidity and competitive advantages,” said the Secretary General.

In 2010, the industry with the highest number of applications was the service and utility sector, which attracted Bt167 billion in investments. Major projects in this category are 79 electricity- generating projects with a value of more than Bt107.572 billion. The second top category is metal, machinery and transport equipment, with more than Bt67 billion, followed by the agro industry with Bt 66.1 billion investment value

The ASEAN Economic Community (AEC) shall be the goal of regional economic integration by 2015. AEC envisages the following key characteristics: (a) a single market and production base, (b) a highly competitive economic region, (c) a region of equitable economic development, and (d) a region fully integrated into the global economy.

The AEC areas of cooperation include human resources development and capacity building; recognition of professional qualifications; closer consultation on macroeconomic and financial policies; trade financing measures; enhanced infrastructure and communications connectivity; development of electronic transactions through e-ASEAN; integrating industries across the region to promote regional sourcing; and enhancing private sector involvement for the building of the AEC. In short, the AEC will transform ASEAN into a region with free movement of goods, services, investment, skilled labour, and freer flow of capital.

Blueprint for realising the ASEAN Economic Community by 2015 was adopted and signed by the ASEAN Leaders in November 2007 in Singapore during their annual Summit Meeting.

The ASEAN Economic Community (AEC) is one of the three pillars to achieve a cohesive ASEAN Community. The other two are political / security and social cultural pillars.

AEC Blueprint is a single comprehensive document which identifies the characteristics and elements of the AEC with clear implementation targets and timelines for the various economic integration measures within ASEAN. The main objectives of AEC are to create a: