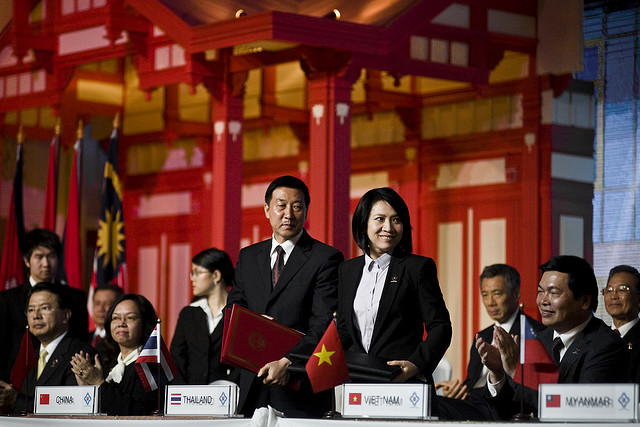 ASEAN needs a change in the way our governments, and indeed all of us, support and view the regional grouping. This game change needs buy-in from broad sections of society and leadership from every sector, including business and academia, to make a concerted effort toward an Asean for a new era.

The original Asean was founded on the common ideal of an autonomous Southeast Asia. It was built on a largely informal arrangement, with consensus-driven decision making among Asean governments.

The changes in the global economic and political, landscape have made regionalisation an imperative, with forces of change in the geopolitical landscape, technological advancement and economic rebalancing. Asean must evolve in order to meet present-day challenges. Its new key objective is to preserve and sustain the region’s economic relevance in a world economy whose centre of gravity has shifted to Asia.The new Asean is an Asean of the people, about breaking the status quo to create a new and unique economic entity.

If Asean functioned as a single economic entity, it would be an "economic country" of 600 million people and boast a GDP of US$1.8 trillion

If Asean functioned as a single economic entity, it would be an “economic country” of 600 million people and boast a GDP of US$1.8 trillion. It would be Asia’s third largest economy and a cultural and trading bridge between China, India, the Middle East and the Pacific. However, there is a lack of awareness about the AEC among the public. Many people don’t believe it can happen. Others think the plan is too ambitious and should be scaled down.

The great challenges of our time require bold action. Incrementalism will get us nowhere amidst the great shifts taking place in the world economy. The AEC is not overly ambitious. We need to take a more aggressive approach to its execution.To begin with, we should involve the business community, not merely as a passive recipient of decisions made by diplomats and bureaucrats, but as the leading agent of change. We need cross-border activities and regional expansion to catalyse the economic integration. Instead of the present one-way relation between the policy and business communities, there should be a partnership between them.

At CIMB we have set ourselves the goal of becoming truly Asean.

We became the first bank to identify fully with the Asean community and its objectives. Our board is multi-Asean, our corporate structure integrated across Asean, and our people see themselves as part of one Asean company.However, with four years to go to the target date for the AEC, there is still no common framework for banking in Asean that would let regional banks support homegrown Asean businesses and bridge growth across the region.

via Asean must step up action to realise its integration ambition.