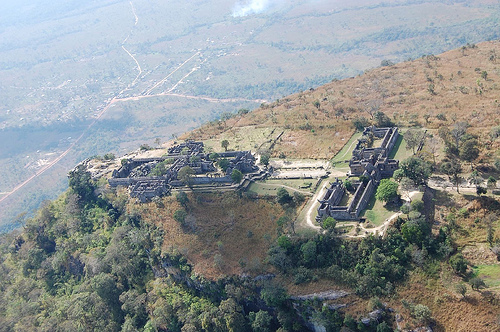 Poles apart, two very different issues have resurfaced in Southeast Asia to meddle in regional politics. One offers environmental hope along the Mekong River, the second threatens despair and war along Cambodia’s border with Thailand.
The first occurred at a meeting in Vientiane with surprising results. A Vietnamese delegation scored a victory for common sense and regional food security by pressing the Mekong River Commission (MRC) into bumping a decision on the fate of the $3.5 billion Xayaburi Dam up to ministerial level.
That move thwarted a widely expected decision to proceed with the dam and could pave the way for a 10-year moratorium on dam construction along the mainstream of the Mekong River.
Few had expected it, but events in the Middle East may have prompted chief supporters of the dam – Laos and Thailand into a rethink. Why? Riots and unrest that toppled autocratic governments in Egypt and Tunisia found their …
Read More…

Indeed grass roots competition for government resources is intensifying. For instance the Farmers Rehabilitation and Development Fund is seeking 17.2 billion baht from the cabinet to buy back debts owned by over 62,000 farmers and rehabilitation and occupational training programs. During the 1997-98 financial crisis, a large number of unemployed factory and service sector workers returned to the rural countryside to eke out a subsistence living working in their relations’ fields.

Agriculture currently accounts for 11% of GDP. Higher agricultural prices drove up farm incomes during the first half of 2008, but fell sharply in the second half in line with declining global commodity prices. As the local economy slows and unemployment rates rise, it’s not clear that the rural sector will with falling food prices have the same absorptive capacity it did in the wake of the Asian financial crisis.

By the 1970s, landlessness had become a national problem. Massive peasant protests resulted in a land-reform programme, instituted by the civilian government installed following the 1973 uprising. In order to appease the big landowners, however, private lands were not touched by the programme; instead, forests and public lands that had been encroached upon or become deforested over the years were allocated for distribution to landless peasants—in effect taking them from the public and giving them to the poor. In the following decade the government, with World Bank support, initiated a land-ownership survey to promote investment and farming. However, given widespread corruption among local officials, what actually took place was a wholesale privatization of community lands for purposes such as building tourist resorts, hotels, golf courses and housing estates, or securing bank loans on the unlawfully acquired property to speculate on the stock market.

Poles apart, two very different issues have resurfaced in Southeast Asia to meddle in regional politics. One offers environmental hope along the Mekong River, the second threatens despair and war along Cambodia’s border with Thailand.

The modern Thai state constructed by the absolutist monarchs of the Chakri dynasty in the late 19th and early 20th centuries was deliberately modelled on the colonial regimes in neighbouring British India and Singapore. The Kingdom’s ‘constitutionalization’ by successive authoritarian military governments between 1932 and 1973 did little to alter its basic structure, that of an over-centralized (if fragmented) auto-colonial royalist-bureaucratic pyramid. In the student-led mass uprising of 14 October 1973, when about half a million people took to the streets of Bangkok, the state was confronted with a spectre of its own making: the burgeoning bourgeois and petty-bourgeois forces created through its unequal socio-economic policies and expanded national education scheme. The uprising overthrew the 15-year military dictatorship of Field Marshals Sarit, Thanom and Praphat to issue in a constitutional democracy.