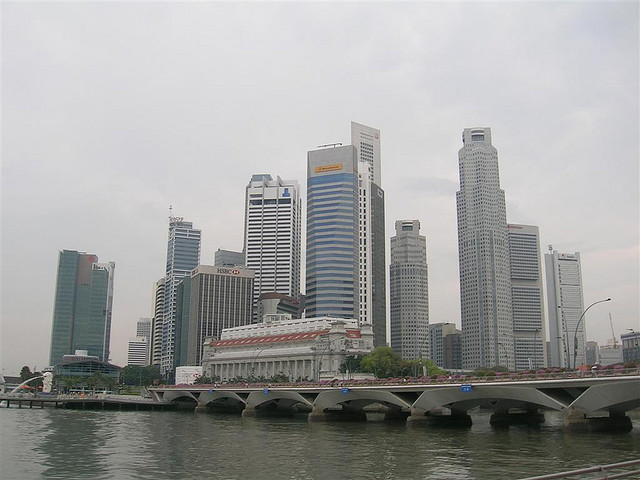 Singapore went to the polls on May 7 and delivered the ruling People’s Action Party (PAP) its worst result since 1963, both in terms of the proportion of votes and the number of seats taken by the opposition.

Despite all the institutional advantages that guaranteed a PAP victory, the party’s vote went down to 60.14 percent, from 66.6 percent in 2006 and 75 percent in 2001. The opposition’s capture of seats went up to six, from two in 2006 and 2001. For only the second time since 1963, a cabinet minister lost his seat; two ministers, actually, plus the candidate slated to be the next Speaker of Parliament.
So why was Prime Minister Lee Hsien Loong smiling so broadly afterwards? Because he knew that it could easily have been much, much worse. His party won one constituency by a mere 114 votes and another by 382 votes. Meanwhile, the feared complete collapse …
Read More…

After a decade of re capitalizing and restructuring, Thailand’s banks once again face a fast deteriorating outlook

The urban growth in Thailand reached its zenith in the spectacular decade-long boom from the mid-80s to the mid-90s. In the first half of the decade, the economy grew at dizzying double-digit rates, and by the end of the boom it had multiplied in size two-and-a-half times, with the urban middle class more than tripling in number; business employees came to outnumber government officials in its ranks. With the yen strengthening in the wake of the 1985 Plaza Accord, Japan became the biggest source of fdi; manufacturing, real estate, trade and services were the principal recipients. By the end of the century the population had reached 61 million and, with intensive urbanization, that of Greater Bangkok had quadrupled. But class and regional disparities had sharply intensified.

By 1996, on the eve of the crash, the top quintile had increased its share of the national income to 57 per cent, from 49 per cent in 1976; the lowest quintile saw its share diminish from 6 per cent to 4 per cent in the same period. After four decades of high-speed capitalist development Thailand had achieved one of the most unequal income distributions in the world, worse than those of its East and Southeast Asian neighbours, and comparable to the worst cases in Latin America.