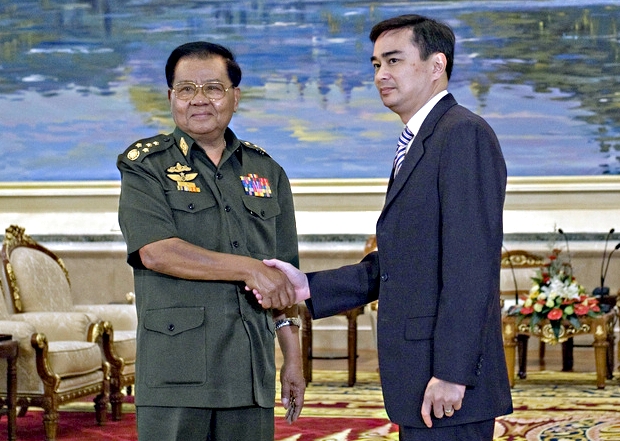 More than six months since Myanmar held its first general elections in 20 years, human rights abuses continue unabated, say activists. “There has been no appreciable change in the human rights situation in Myanmar since the elections,” Benjamin Zawacki, Amnesty Internationals Myanmar researcher, told IRIN in Bangkok.

Barely months after the highly controversial general elections in Burma, ASEAN has re-visited the issue of lifting international economic sanctions against the country of over 50 million people.

Ostensibly intended to isolate the military regime and pressure the country to reform its totalitarian government and improve its humanitarian practices, sanctions arguably have not effected their intended results. This leaves us wondering whether lifting these sanctions could feasibly improve the situation for people in Burma, or conversely, merely allow existing power-holders more business opportunities.

Thailand is second largest investor in Myanmar, after China. But since Than Shwe stepped out in favor of a civilian government, very little has been done to improve human rights situation in Burma

According to the rights group, some of the worst abuses include the imprisonment of thousands of political opposition members and the militarys active targeting of civilians in ethnic areas, particularly in the eastern Shan, Karen and Kayah states.

“Despite verbal promises of improvement, the government is doing as little as possible, and only in an attempt to appease the international community,”

David Scott Matheison, Human Rights Watch senior researcher on Myanmar, added. While 65 prisoners of conscience were released on 17 May, more than 2,000 political activists remain in prison.

The steps taken by the Myanmar government are insufficient to aid the transition towards democracy, says Vijay Nambiar, special adviser to the UN Secretary-General on Myanmar.  Fifty-one of the prisoners released had less than one year to go to finish their sentences, said Zawacki. The UN Special Rapporteur, Tomas Ojea Quintana, recently spent a week assessing the human rights situation in Myanmar from Thailand.

The militarization and targeting of unarmed civilians in ethnic areas continues to foster violence and human rights abuses, including forced labour, conscription, extrajudicial killings and sexual violence, Quintana told reporters in Bangkok on 23 May. “The situation of ethnic minority groups in the border areas presents serious limitations to the governments intention to transition to democracy,” Quintana maintained.

Instead of receiving support for its bid, Burma was advised by fellow ASEAN members to build better infrastructure first if it really wants to lead the group in the future.
But the unstated reason for the quiet rejection of the country’s aspiration is the apparent failure of the ruling junta to improve its poor human rights record. In the eyes of ASEAN, and the rest of the world, Burma’s new government has been unable to hasten the democratization process because of its lack of sincerity and the fact that there is no definite and lasting initiative to promote political reconciliation with dissident parties.
ASEAN also bowed to pressure from Western governments and advocacy groups, which warned about the incompatibility of the …