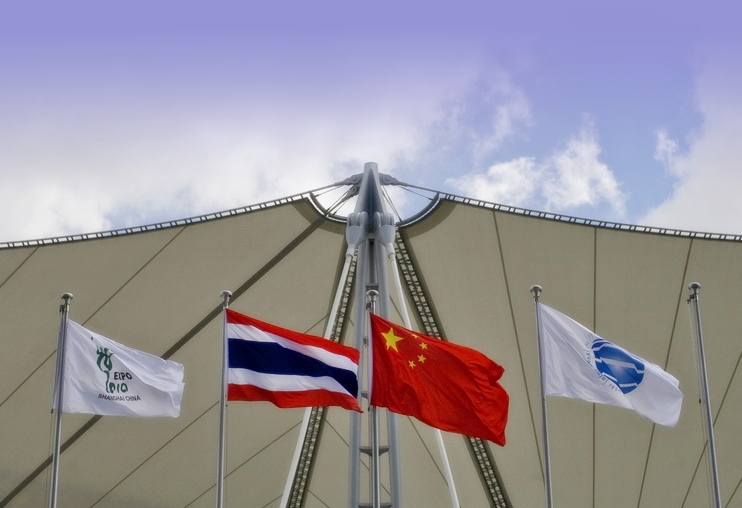 The narrative on the economic growth of ‘maritime East Asia’ in the period after the Korean War is well-established, and runs roughly as follows.

Japan’s reconstruction was facilitated by its integration with the US and Europe within the liberal trading and monetary order set up under US leadership at the end of the Second World War.This phase was followed in the 1970s by the rise of the so-called Newly-Industrialised Economies (NIEs): South Korea, Taiwan, Hong Kong and Singapore. These countries followed essentially the same path as Japan, but with a more prominent role accorded to the import of foreign capital. The third wave, in the 1980s, was associated with the rise of the core economies of ASEAN, powered through deeper integration with the still-vibrant Japanese economy.

This third phase lost momentum in the face of the prolonged financial and growth crisis of Japan as well as the Asian financial crisis of 1998, and gave way to the current phase, prominently associated with the sustained, rapid growth of China in the first decade of the new century.

China is following its Asian predecessors in significant and sustained unilateral trade liberalisation. Where it differs in its integration model is in its openness to foreign direct investment. These Chinese policies, further supported by the sheer scale of the Chinese labour force and the quality of Chinese infrastructure, facilitate a continued deepening of already strong intra-regional trade integration, and the development of production networks centred on final assembly in China.

Several of these developments are already widely commented on. These include the likely shift in China’s own growth strategy away from merchandise exports toward domestic demand, and a corresponding shift in domestic saving-investment imbalances to levels that prevailed a decade ago, even as the country remains a significant capital exporter. Also fairly likely is continued sluggish growth in the advanced countries as their public finances and financial systems rebalance.

All this is the new, post-crisis, conventional wisdom. Less remarked though is another potentially-important trend, which is the scope for much deeper integration between India and China than currently exists. Measured in terms of purchasing power parity, China and India are already the largest and third-largest economies in Asia, with some prospect that India will soon become the second-largest Asian economy. Two-way trade between the two countries is growing rapidly to an estimated $60 billion in 2010, roughly a quarter of the volume of trade between China and all of ASEAN. Investment ties are also developing, though at a slower pace.

Notwithstanding these positive developments, economic engagement between these two fast-growing and large economies is well below potential. While this is partially a matter of weak infrastructure links, a deeper cause is lack of familiarity and trust between official and corporate elites in the two countries.

The source of this distrust is primarily military and strategic, dating back to the border conflict between the two countries in 1962, and China’s close military links with Pakistan. But it is also in good measure economic, with the Indian corporate sector delicately poised between greed and fear — wishing to benefit from the scale and productivity of Chinese manufacturing while uneasy about permitting full-throated competition in India’s domestic market. India does not accord China ‘market economy’ status, and believes that China applies significant non-market barriers to access by Indian firms in areas such as pharmaceutical products and IT services where Indian firms are widely accepted as being internationally competitive.

Both countries have preferred to address these issues through intensive bilateral contact, as well as contact in various multilateral fora such as the G20 and East Asian Summit (EAS). In a speech delivered earlier this year, India’s former Foreign Secretary (previously an Ambassador to China) noted that between 2005 and 2010, Prime Minister Manmohan Singh and Premier Wen Jiabao had met no less than eleven times. Following Premier Wen’s official visit to New Delhi in December 2010, the two sides agreed to institute a strategic bilateral economic dialogue.

The issue is whether any of these tensions could be better eased through participation in plurilateral groupings rather than purely bilaterally, and, if so, what such a grouping might look like. At the global level, India and China are leading emerging-market members of the G20 and have co-ordinated their positions in areas such as the multilateral trading system, reform of the international financial institutions and climate change finance. The competitive issues are likely to be sharper within Asia, where India has valid concerns of being marginalised by Chinese trade and finance in a dynamic region of historic, cultural and strategic interest to it.

These issues of regional economic architecture are yet to receive sustained attention within the Indian establishment. Much will depend on how an expanded EAS, now to include Russia and the US, begins to function on security issues, and on whether that expanded EAS generates any economic coordination mechanism similar to that provided by ASEAN+3. In my own view India should embrace the EAS process vigorously as a way of complementing bilateral contacts with China that span economic and security issues. Whether this would also be the Chinese preference remains to be seen.

Suman Bery is Country Director for the India Central International Growth Centre and a member of the Economic Advisory Council to the Prime Minister of India.