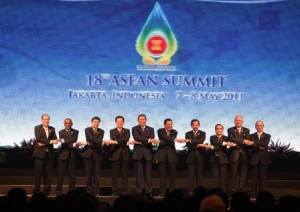 Bali which hosted the first ASEAN Association of Southeast Asian Nations Summit in February 1976, will be the venue of another ASEAN Summit on November 17, 2011.

The upcoming 19th ASEAN Summit will be the second ASEAN summit organized by Indonesia, the current Chair of ASEAN, this year after the 18th ASEAN Summit in Jakarta, May 2011.

In conjunction with the 19th ASEAN Summit, the Sixth East Asian Summit which is to be attended by the leaders of ASEAN plus Australia, China, India, Japan, South Korea, New Zealand, Russia and the US, will also be held in Bali on November 19, 2011.The United States and Russia will participate for the first time in the East Asian Summit.Besides, there will also be an ASEAN Plus Three Japan, China and South Korea summit on November 18, 2011. The three summits will all be held at the Bali Nusa Dua Convention Center.

Bali which hosted the first ASEAN Association of Southeast Asian Nations Summit in February 1976, will be the venue of another ASEAN Summit on November 17, 2011.

On the sidelines of the three summits, there will be among other things the Third ASEAN-US Summit to discuss ASEAN-US cooperation in the Southeast Asian region and at global level, Foreign Ministry spokesman Michael Tene said at a press conference in Jakarta on October 7, 2011.

More than 2,000 journalists from around the world were expected to cover the event, Communication and Informatics Minister Tifatul Sembiring reported to Vice President Boediono in Jakarta, on October 6, 2011 during a meeting discussing the preparations for the Summits.

“US President Barack Obama alone will bring along about 150 American journalists,” the minister said as quoted by a spokesman of the vice president.Prior to attending the East Asia Summit, President Obama is scheduled to attend the ASEAN-US Summit in Bali, on November 18.

via Bali gears up for ASEAN, ASEAN+3, East Asia Summits.