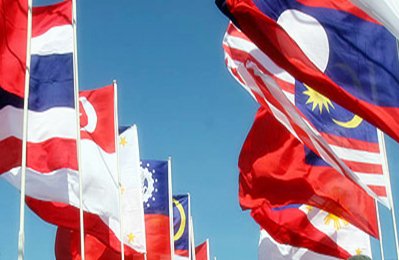 Many observers have become excited by recent moves by the Myanmar (aka Burma) government. The release of some political prisoners gives hope that the regime is genuine in its efforts to move beyond its junta past.

Diplomatic moves such as suspension of a Chinese dam project and the visit of Myanmar’s president to India, may evidence a desire for broader relations with the world beyond China. Others are skeptical, feeling that such moves are cosmetic only, intended to help Myanmar become ASEAN chair in 2014 (to be effected by a swap with currently scheduled Laos).

Both groups are probably correct. There appears to be a window of opportunity for reform as the regime attempts to achieve its goal of ASEAN chair. Ignoring these internal and diplomatic developments risks undermining supporters of liberalization, and would allow the hardliners in the Myanmar regime to resume overt control over the country.

The release of political prisoners and diplomatic moves are positive first steps by the Myanmar regime. However, the country still has problems with its economy, religious and ethnic discrimination, and other issues.

Yet, as I argued in the first post of this blog, Myanmar is not capable of serving as ASEAN chair in 2014. ASEAN should not allow a closed economy largely controlled by the military and its supporters to oversee the last, crucial year before the full implementation of the ASEAN Economic Community in 2015.

Laos and its officials have demonstrated enthusiasm for the AEC, motivated by the economic progress of its neighbors in Vietnam and Cambodia, but perhaps more so by its geographic position as a landlocked state dependent on freer trade and investment. Plus, the AEC will benefit from the dynamism and enthusiasm of the smaller members who will become ASEAN chair in 2012-2014: Cambodia, Brunei and Laos. Malaysia as ASEAN chair in 2015 can consolidate the progress.

Nevertheless, if the appeal of the ASEAN chair is indeed motivating change in Myanmar, then why not give that appeal more time to work? Myanmar is due to become ASEAN chair in 2016 anyway, and by that time much of the major work for the AEC should have already taken place.

The country would also benefit from additional two years of political and economic liberalization, if it continues. Current ASEAN chair Indonesia could offer to serve as a “mentor” to Myanmar during the next 5 years. In this role, Indonesia could serve as a useful role model (former military-controlled government-turned democracy with a globalized economy) and as a fail-safe (should Myanmar backtrack, experienced Indonesia could easily step in as ASEAN chair again).

The West can help the reform efforts in Myanmar by allowing technical economic assistance from multilateral and regional institutions. For example, a Burmese person I met at an AANZFTA workshop in Bali last week lamented that Myanmar would like to participate in a pilot program on the ASEAN Single Window, but could not because aid funding was blocked by U.S. sanctions. The West should be encouraging such assistance, which will open up the country and lessen the influence of the regime’s military supporters. Any more lifting of sanctions beyond technical assistance should depend on further progress in the country, which will take some time.

The release of political prisoners and diplomatic moves are positive first steps by the Myanmar regime. However, the country still has problems with its economy, religious and ethnic discrimination, and other issues. It should not be “rewarded” with the ASEAN chair in 2014, particularly when ASEAN can ill-afford the time and resources to deal with the inevitable distractions should Myanmar become chair prematurely.

Rather, ASEAN members should protect their own collective interests by not giving Myanmar the chair in 2014, but to encourage greater economic openness in the country by allowing Myanmar to become chair in 2016, with Indonesia providing useful oversight. For its part, the West should take advantage of this window of opportunity to foster development of a Burmese middle class, and to accept that Myanmar will become ASEAN chair at some point. The cumulative effects of such efforts will help the Burmese people overcome the years of misrule by the military regime.

Bali gears up for ASEAN Summits

Thailand and Myanmar agree to strengthen bilateral ties and cooperation