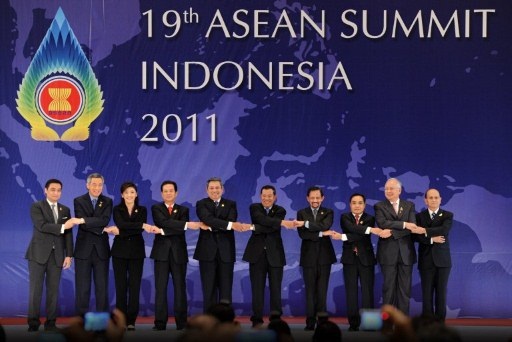 Leaders of the 10-nation Association of Southeast Asian Nations ASEAN on Thursday issued a joint statement at the initiative of Thailand on cooperation in flood prevention, mitigation, relief, recovery and rehabilitation in response to natural disaster in the region.

Thai Prime Minister Yingluck Shinawatra clarified Thailand’s flood situation as she is attending the 16th ASEAN Summit in the Indonesian resort of Bali, where the leaders of the ten ASEAN nations endorsed the Thai initiated statement. Ms Yingluck said that in response to global climate change, cooperation should be pushed forward. She said many countries agreed that the regional bloc should be prepared to respond to natural disaster as most have also been hit, including Vietnam, Laos and Indonesia.

The Thai prime minister noted that Southeast Asian countries should work together as natural disasters are no longer a problem for one country only, but cooperation among all parties is needed. Ms Yingluck said she has informed ASEAN members of the current flood situation in Thailand and the government’s rehabilitation and prevention plans to restore confidence among investors and member countries.

As of today, Thailand’s nationwide flooding which began in August has claimed 594 lives while two remain missing. Nineteen provinces remain under floodwater, affecting 1,921,819 households. The statement on cooperation on flood prevention, mitigation, relief, recovery and rehabilitation said that the ASEAN leaders reiterated the importance of existing frameworks to reinforce food security of the region and the bloc’s capacity in handling natural disasters.

via ASEAN agrees to cooperation on flood prevention.

Four Incremental Steps Towards the AEC