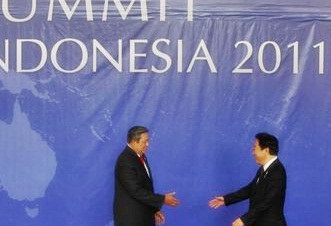 The sixth East Asia Summit (EAS) held in Bali in November, marked by the participation of two new members, Russia and the US. The EAS is a pan-Asian dialogue forum on broad strategic, political and economic issues with the aim of promoting peace, stability and economic prosperity in East Asia.It strives to strengthen global norms and universal values, with ASEAN as the summit’s driving force, working in tandem with its participants.

The EAS includes 16 leaders, namely all 10 ASEAN members plus China, Japan, South Korea, India, Australia and New Zealand. Combined, these 16 countries represent almost half of the world’s population, and account for almost 32 per cent of global GDP, according to IMF figures. The meeting was meant to be held annually since the first summit in 2005, but due to various factors it met twice in 2007 and not at all in 2008. But since 2009, the summit has been annual and always held in October.

Russia and the US are both key players in the region’s stability and development, so their participation in the EAS will make possible the establishment of a more organised and effective political architecture. With the inclusion of the two countries, the EAS is set to become more important as it deals with economic and non-economic cooperation. In the past, both the EAS and ASEAN+3 (APT, the forum that coordinates cooperation between ASEAN and China, Japan and South Korea) covered the former.

Jusuf Wanadi is a Senior Fellow at the Centre for Strategic and International Studies, Jakarta.

This article was originally published in Forbes Indonesia, May 2011