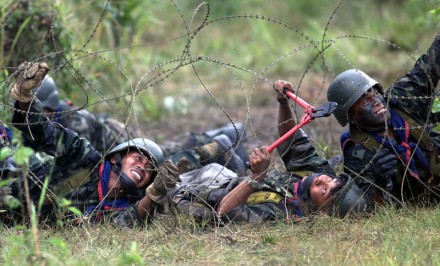 For tourists, Southeast Asia conjures visions of exotic islands in places like Phuket, Bali, and Boracay. For investors, it’s a relatively safe destination, where their capital can flourish in global cities like Singapore, Kuala Lumpur, and Bangkok.

Its ancient history is preserved at Angkor Wat, its rich biodiversity is visible in Borneo, and its readiness to blend with foreign cultures is highlighted by the folk Catholicism in the Philippines.

Unfortunately, it’s seldom mentioned that Southeast Asia is actually one of the most war-ravaged places on the planet. Indeed, there are still several unfinished wars in the region. For example, the world’s longest ongoing civil war involves the Karen National Liberation Army, which has been fighting for independence from Burma’s central government for the past 60 years. Meanwhile, the Maoist-influenced Communist Party of the Philippines has been waging an armed revolution in the Philippine countryside since 1969, making it the world’s longest communist insurgency.

Asia’s global rise: what does this mean for ASEAN?