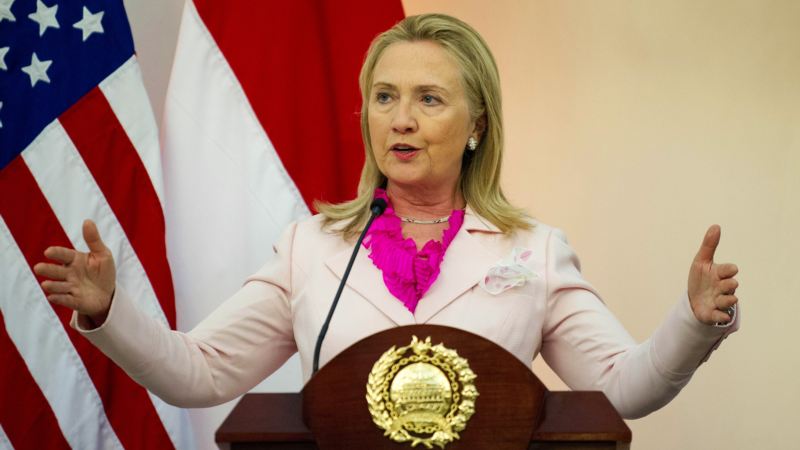 JAKARTA, Indonesia — U.S. Secretary of State Hillary Clinton is in Asia where she is discussing efforts by U.S. allies Indonesia and Singapore to help calm tensions over rival territorial claims in the South China Sea.

Following talks with Indonesian Foreign Minister Marty Natalegawa, Secretary of State Clinton said the United States, like all countries, has a national interest in maintaining peace and stability, freedom of navigation, and unimpeded lawful commerce in the South China …