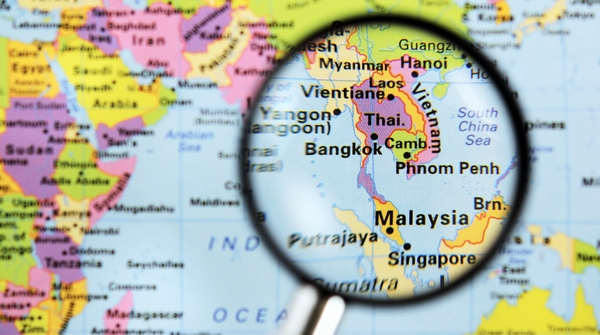 Thailand and Vietnam will hold their second joint Cabinet meeting in Hanoi, Vietnam on Oct 27, where both sides will discuss economic cooperation, particularly the rice trade, and measures to increase total value of two-way trade by 20 per cent by 2015.

Government Spokesperson Sansanee Nakpong told reporters that the Joint Cabinet Retreat JCR meeting will be divided into two tiers: the leaders meeting and ministerial meetings.At the leaders meeting, Ms Yingluck and her Vietnamese counterpart Nguyen Tan Dung will have a “four eyes” meeting before a panel discussion with all the delegates from both sides.

While the subgroup meetings are being held in three groups on security, economy and education, social issues and culture which would be attended by ministers in their respective portfolios.

The deputy prime ministers will discuss transnational crime, illicit drugs, human trafficking and military cooperation.Ms Sansanee said that the focus of the meeting would be on rice cooperation, as Thailand and Vietnam are the top rice producers in the world market.The joint meeting will explore possibilities for technical cooperation to set up a joint ASEAN Federation for Rice Millers and Rice Traders in a bid to increase bargaining power for ASEAN countries and stabilise rice prices.

In addition, Thailand will ask for Vietnam’s assistance in creating transport linkage under East-West Economic Corridor project which would link northeastern Thailand, central Laos and Vietnam in order to enhance trade between these countries.This will be the second joint Cabinet session between the two countries.

via Thailand, Vietnam to hold joint cabinet meeting next week.