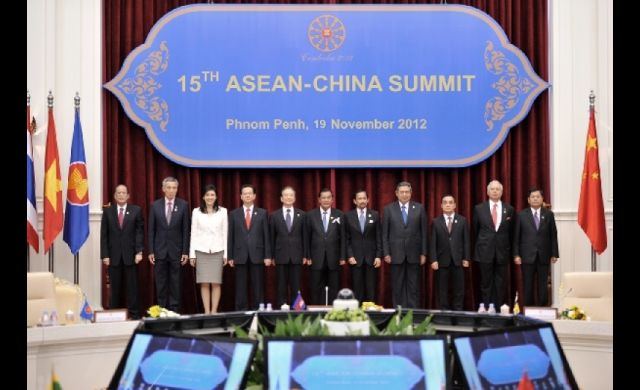 Thai Prime Minister Yingluck Shinawatra has vowed to steadfastly develop strategic partnerships and friendship among countries in Southeast Asia and China for peace and stability in the region.

She made the statement at the ASEAN-China Summit on Monday, on the sidelines of the 21st ASEAN Summit in the Cambodian capital.

The dialogue among 10 ASEAN countries and China, the 15th of its kind, was held due to China’s vital role in the region. Chinese Premier Wen Jiabao, due to arrive in Thailand today for a two-day official visit, joined the talks.

It is necessary that ASEAN and China follow the declaration to build confidence and trust on the basis of friendship and cooperation, she said.

She added that regional stability will push Southeast Asia to achieve its US$500 billion trading goal and attract US$10 billion new investment from China by 2015.

“To reach the target, we have to eliminate trading obstacles and promote economic connections at the state, private and people-to-people levels,” she said, expressing her desire for China to advocate regional comprehensive economic partnership in Southeast Asia.