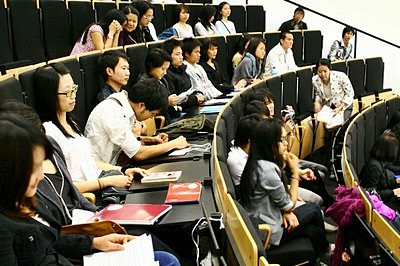 Since the inception of ASEAN, parties to it have aspired to develop close ties among themselves in the areas that hold social and economic values. Education is among many important items waiting to be achieved to consolidate the ASEAN region both economically and culturally.

As the Association of Southeast Asian Nation (ASEAN) puts it ‘Education underpins ASEAN community building’, the statement cannot be far from the truth. The organization stressed how important education is in raising awareness of its existence and promoting the sense of belonging.

According to outgoing Secretary General of ASEAN Dr. Surin Pitsuwan, education is a key way for the ASEAN’s citizenry to become aware of the many connections that bind them, and to endow them with the skills they need to effectively build a better future across the region.

He also stated that, for this purpose, ASEAN has called on Member States to come together to ensure that their young citizens in the classrooms learn about the interconnectedness among cultures, peoples, economies, governments, and ecosystems, and how these are linked to their own lives.

Through education, people will become knowledgeable and be able to adapt to a new environment. In 2005, the ASEAN leaders approved the decision to allow regional education ministers to convene a meeting on a regular basis to discuss and exchange their opinions on how best to improve regional education.

ASEAN has also developed its own curriculum as a guideline for school across Southeast Asia that focus on building students’ 21st century knowledge and skills, such as problem-solving, critical thinking, innovation, cross-cultural communication, collaboration, and media as well as IT literacy

All of ASEAN education cooperation initiatives are implemented under Southeast Asian Ministers of Education Organization and are also overseen at the ministerial level ASEAN Education Ministers Meeting. The improvement on regional education is a continuous process and will surely bring every member together as a group of new power house in Asia. Once successfully realized, ASEAN will become a highly consolidated organization that has unlimited economic power.

Thailand has been slipping behind regional competitors like Vietnam in terms of producing workers competent in English and high-tech skills, and with the introduction of Myanmar into the global economy, a country whose universities had basically been shut for years, Thailand will face even tougher competition in lower-end manufacturing than it already does.

Yet the Thai education system continues to prioritize rote learning, offers weak instruction in English, and provides low social status to teachers. In addition, in the deep south, where an insurgency is raging, many schools are closed altogether, and the government has not figured out an effective way to protect teachers.

Finance Ministry lays down strategies in preparation for AEC