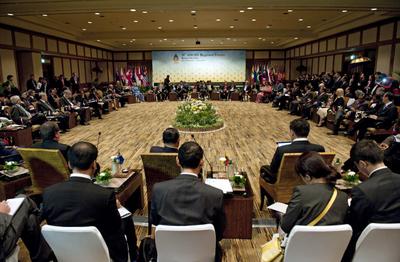 Almost all of Thai business operators agreed with delaying the launch of ASEAN Economic Community (AEC) from early 2015 to the end of the year, a university academic said today.

The 364-day delay of the Asean Economic Community was a disappointing but necessary step for the group’s 10 members to get their houses in order before leading the community on to the greater goal of the 16-nation Regional Comprehensive Economic Partnership (RCEP).

Member countries of the Association of Southeast Asian Nations earlier set Jan 1, 2015 for the region to be integrated as a single community for economic cooperation. However, a proposal was floated to defer the launch to allow more readiness among some countries.

The AEC will be inaugurated on December 1 2015, according to a new schedule decided by the leaders last night, rather than January 1.

ASEAN’s goal for the past 20 years has been to create a unified market in the region, which now covers 600 million people with a combined GDP of $2 trillion.

However, the 10 member countries have so far only met 72 per cent of the economic blueprint for merging their economies into a single trade and investment bloc, with Singapore and Malaysia doing best.

Director Ath Pisalvanich of the International Trade Studies Centre at the University of the Thai Chamber of Commerce, said a survey of 1,500 Thai entrepreneurs in 13 industries found that nearly all — 95.56 per cent — supported the proposal to postpone the AEC launch from Jan 1, 2015 to the end of the year.

They called on the government to urgently educate the Thai public regarding the AEC as well as develop skills in English and regional languages among Thais.

However, not even half of the small and medium businesses understand what is coming. Their AEC understanding registered at one in five — 20.5 per cent– in 2010, rose to only 42.5 per cent in 2011 and slightly more at 43.8 per cent last year.

Mr Ath said 80 per cent of those the agricultural sector have no knowledge about the AEC, followed by 52.8 per cent in the industrial sector.

My own ASEAN’s connectivity issues : beyond funding and figures

Where is the auto industry in Thailand heading?