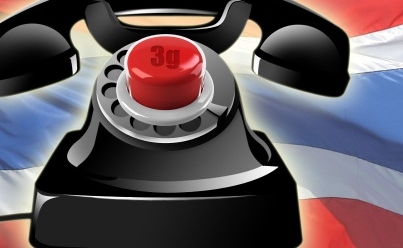 According to a recent note published by Oxford Business Group, Thailand  ICT is not yet up to speed compared to its Asean neighbors. Despite advances over the past year, the slow pace of information and communications technology (ICT) development in Thailand could put the economy at a disadvantage against rival ASEAN neighbours, a series of reports have warned.

In early May, Thailand’s mobile phone operators began launching 3G mobile broadband services, utilising the 2.1-GHz frequency. However, these initial services did not provide nationwide coverage, with first taxi off the rank Advanced Info Service (AIS) reaching only Bangkok and 20 provinces. It is expected that coverage from all three providers – AIS, Total Access Communication (DTAC) and True Move – will be expanded to around 70% of the population by the end of the year and 90% by the middle of 2014.

Though a major step forward, with the 3G services offering internet speeds up to 300 times faster than those of the dated 2G technology, Thailand is still well off the ICT pace being set by some of its neighbours.

By contrast, Singapore is already using 4G, having rolled out such networks across the island in 2012.

The report, which assesses a nation’s information technology infrastructure, usage, affordability and socio-economic impacts, found that Thailand had made some progress over the past 12 months but that it still had a long way to go.

Though performing well in some categories, such as business-to-client usage of ICT services, Thailand lagged far behind Singapore, which was ranked second globally, as well as 30th-placed Malaysia and Brunei, which came it at 57th. Moreover, it was at risk of being overtaken by Indonesia, which rose four rungs on the WEF ladder to 76th.

According to the report, the relative affordability of technology is a highlight of Thailand’s performance, but this is offset by the relatively low penetration rate of technology other than mobile phones. The WEF also said more needed to be done at state level to promote ICT development.

Another to weigh into the discussion is the Information Technology Union (ITU), which has said Thailand needs to bridge the gap between its ICT platforms and those of other ASEAN countries, some of which are a decade further down the technology track. With additional spectrum set to be freed up this year in the 700-MHz band, as broadcast television shifts from analogue to digital, Thailand should move to utilise this spectrum for 4G and 5G mobile communications, ITU secretary general Hamadoun Toure said during a visit to Bangkok in early May.

The need to capitalise on this frequency may become pressing over the next year or two. On May 20, finance firm Vickers Securities Thailand issued a report warning the country faced a serious capacity shortfall over the next few years due to the limited amount of spectra available for 3G and 4G mobile services.

Shortfall or not, at least one of Thailand’s service providers is attempting to make the generational leap

On May 8 – as it rolled out its 3G service – True Move announced it would be launching a limited 4G service this year, with coverage extending to parts of Bangkok and 15 other urban centres, with some 2000 4G base stations to be operational by the end of 2013 along with another 5000 for 3G.

This move, which the company said was an attempt to get the jump on its rivals, may not be the game breaker the firm hopes for, simply because as yet there are few 4G-compatible handsets available on the market.

This may change – and quickly – if customer interest in the advanced technology is sparked, and as long as True Move can deliver services as planned. True Move’s effort to break away from the pack may also prompt DTAC and AIS to step up their own 4G programmes; however, all three providers are still in the process of digesting their 3G investments, while also needing greater bandwidth to fully capitalise on the next generation’s capacities.

If the service providers try to up the pace of ICT roll-out, the government and the National Broadcasting and Telecommunications Commission, the sector’s national regulatory authority, may be pressured to release more spectrum to meet the demand created, easing the concerns of the WEF and the ITU.

via Thailand: ICT not yet up to speed | ICT | Thailand | Oxford Business Group.