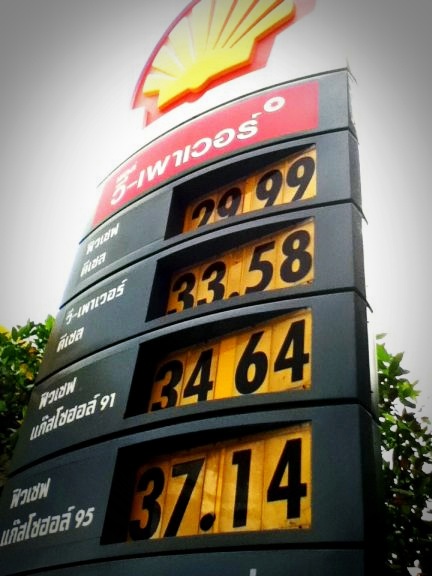 Energy demand in Southeast Asia has expanded by two and a half times since 1990 – and is still only about half the global average as the global energy epicenter shifts to Asia, according to a new report released this week by the International Energy Agency.

Particularly troubling for the environment, energy related emissions of carbon dioxide by the 10 members of the Association of Southeast Asian Nations is expected to nearly double, reaching 2.3 gigatonnes – 2.3 billion tonnes. That bleak assessment comes just a few days after the UN’s Intergovernmental Panel on Climate Change warned that global warming, caused by greenhouse gases, is likely to accelerate and called climate change “the greatest challenge of our time.

Thailand’s subsidy on diesel currently costs the government THB9.52 billion or USD313.7 million) per month to keep the retail price of diesel below the threshold of THB30 per litre.

according to the 138-page report by the IEA, titled Southeast Asia Energy Outlook. The agency is composed of 28 member countries, most of them rich ones. In particular, the report says, the 10 Asean members are expected to triple their use of coal, accounting for nearly 30 percent of global growth.

Natural gas demand is expected to increase by 80 percent. The share of renewables in the primary energy mix is expected to fall as rapidly increasing use of modern renewables – such as geothermal, hydro and wind – is offset by reduced use of traditional biomass for cooking.

IEA Director Maria van der Hoeven warned in a Bangkok press conference that countries in the region must take serious action to increase energy efficiency in a bid to slow the emissions of greenhouse gases.