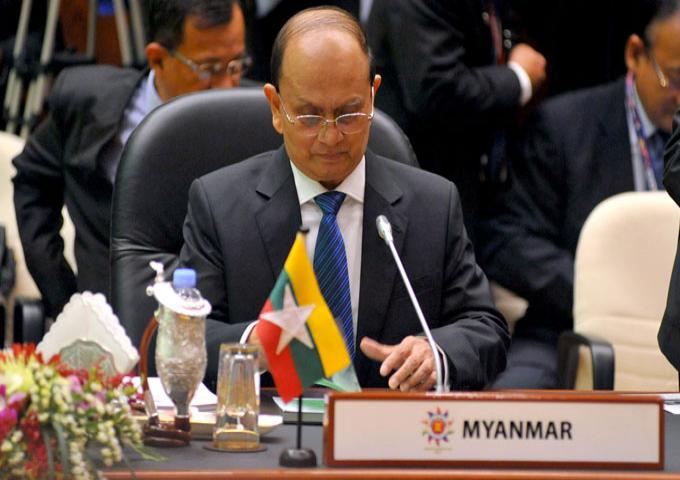 Myanmar is expected to be in the hot spot next month, as the country will host the next Asean summit in Naypyidaw within a few weeks (12 and 13th of November). The year 2014 is an exciting year for Myanmar, as the country chairs ASEAN for the first time after joining ASEAN in 17 years.

Political, economic and administrative reforms in Myanmar since 2011 have made it possible for Myanmar to play a more active role in regional and international affairs in accordance with its foreign policy objectives stipulated in the 2008 Constitution.

Pisanu Suvanajata, Thailand’s ambassador to Myanmar, reckons the Thai ranking may not last too long as the Myanmar Investment Commission MIC has granted approvals recently to projects by investors from Japan, South Korea and Singapore reports the Nation in Bangkok.

“Myanmar is not our choice. Indeed, it is choosing who should be allowed to invest here,” he said in an interview.

On the main road in Yangon, billboards flaunt the names of big Thai companies already making their presence felt in the country – PTT, Charoen Pokphand Group, Siam Cement Group, Siam City Cement Insee, Bangchak Petroleum, Boon Rawd Brewery, Bangkok Dusit Medical. Signs of Siam Commercial Bank, the main sponsor of the 2014 Asean Summit, are frequently spotted, though the bank was not among nine foreign banks awarded limited licences. They are side by side with billboards of other foreign companies like Ooredoo, Telenor, Coca-Cola, Pepsi and Samsung. Foreign companies have either opened offices in new high-rises or old houses.

via Investment boom in Myanmar – The Nation.