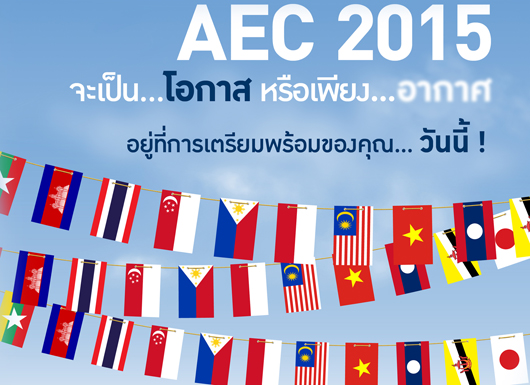 The recently released U.S. Chamber of Commerce ASEAN Business Outlook Survey 2015 highlighted the widespread concern that the much-anticipated ASEAN Economic Community (AEC) would not be launched by the end-2015 deadline.

Indeed, most respondents were pessimistic about the inauguration of the AEC by 2020 or later. This is not the first time that AEC faces a probable delay: In 2012, the commencement of the AEC was postponed to December 31, 2015 from the original plan of January 1, 2015.

Despite ASEAN Secretary-General Surin Pitsuwan’s firm reassurance that “[t]here will be no more delays and that all ten ASEAN countries will participate,” even the most fervent proponents of AEC are beginning to worry about the increasingly diminishing chance of delivering AEC on time as 2015 closes in.

AEC originates from the ASEAN Vision 2020, which was adopted in 1997 on the 30th anniversary of ASEAN. It aspires to create a single market and production base with a free flow of goods, services, investments, capital and skilled labor by 2020. In 2003, ASEAN leaders signed the Declaration of ASEAN Concord II and agreed to establish the AEC by 2020.

The 2007 Cebu Declaration accelerated the establishment of the AEC to 2015, and ASEAN introduced the AEC Blueprint, which was substantiated into the Roadmap for the ASEAN Community (2009-2015) two years later, to guide the implementation of the AEC.

To track the progress of the AEC, the AEC Scorecard, a compliance tool developed based on the EU Internal Market Scorecard, was adopted by ASEAN. To date, two official scorecards have been published, one in 2010 and the other in 2012.

According to the AEC Scorecard 2012, the implementation rates of AEC’s four primary objectives: (a) single market and production base; (b) competitive economic region; (c) equitable economic development; and (d) integration into the global economy were 65.9 percent, 67.9 percent, 66.7 percent, and 85.7 percent, respectively, with 187 out of 277 measures being fully implemented by 2011.

The formation of AEC appeared to be on track, which makes it all the more intriguing that so few people expect it to come into force even by 2020.

via Why the ASEAN Economic Community Will Struggle | The Diplomat.

ASEAN may not necessarily get an honor, but it will pass the exam

ASEAN has made remarkable achievements in terms of free trade of goods, with tariffs already close to zero on most of the products. The AEC vision is defined by factors, such as a single market and production base, a competitive economic region, equitable economic development and integration into the global economy.

Observers said that the remaining 15 percent of the targets, though only a small part, are the hard ones, as they may involve domestic efforts.Kaewkamol said these mainly fall into issue areas such as non-tariff barriers, services trade liberalization, investment liberalization and free flow of people, particularly skilled labor.

There are also challenges arising from the changing global economic landscape.The European economy remains weak and the recovery in the United States has been slow