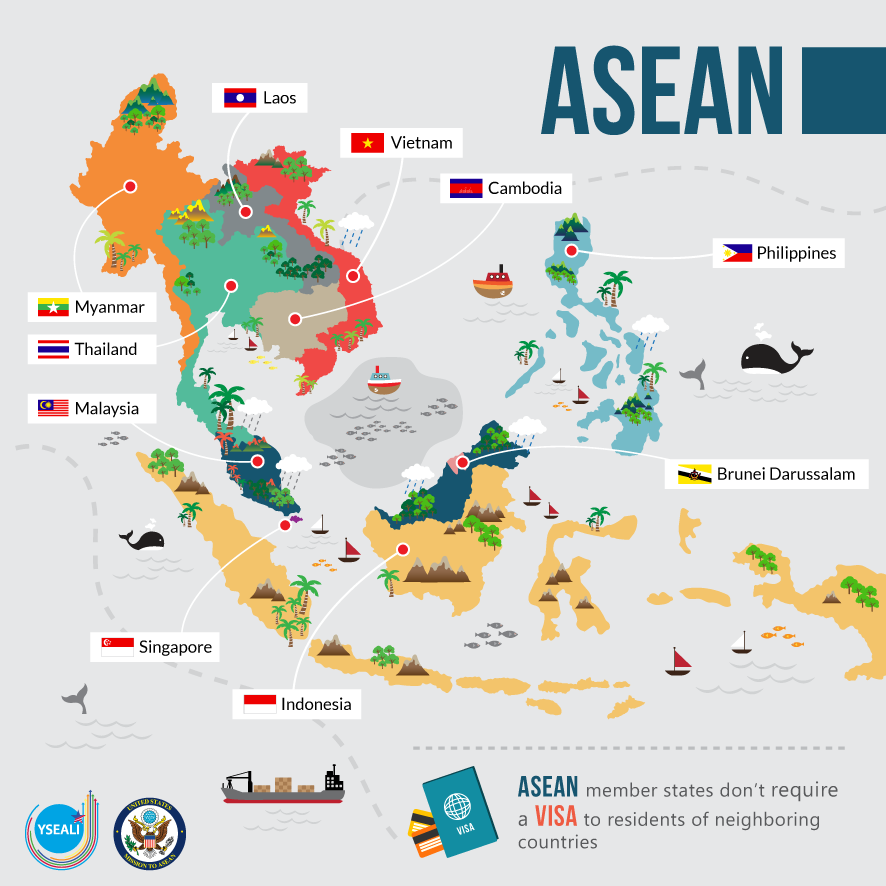 The Association of Southeast Asian Nations has set Dec. 31, 2015 as its target date for regional economic integration — including a single market and production base with the free movement of goods, services, investment and skilled labor, and the freer flow of capital.

With the Asean Economic Community’s December 2015 deadline looming, how much further does the region have to go?

Iwan Azis, head of the Office of Regional Economic Integration at the Asian Development Bank, spoke with Bloomberg Brief’s Justin Jimenez to weigh in on its progress.

A: The most progress — which I think is the really key success of Asean in general — has been with the fourth pillar, integration into the global economy. Before the Asian financial crisis, Asean was an open economy inviting investors, as well as trading with all kinds of countries, including industrialized countries.

So the fourth pillar has basically been achieved. The most difficult aspect is a component of the first pillar, which is about creating a single market and production base. Asean has been very successful in participating in the region’s production networks.

Many countries either produce intermediate goods that will be processed in countries outside of Asean or export primary goods including natural resources.

But when it comes to services, that has been more difficult for two reasons.

First, Asean has only had a short history in terms of liberalizing the services sector. Throughout the history of Asean’s trade liberalization, which began in the late 1970s when it introduced Preferential Trade Agreements, very few PTAs have touched upon the services sector; most of the discussion has been about goods. Second, when it comes to services, it’s rather difficult to grasp what the implications are for individual countries

Q: You mentioned goods and services. What about integration in terms of labor, investment and capital?

A: Let’s start with labor. This is related to the difficulty in liberalizing services. So far, Asean is doing okay in terms of unskilled labor. There is already a lot of labor movement within the region, but that’s mostly unskilled. It gets difficult when you get to the mobility of skilled labor. There’s reluctance on the part of some countries.

So far what they’ve done is introduce certification for skilled labor. But there are still problems in terms of how to expand the list of labor qualification categories and how to make the certification process easier. Keep in mind that most Asean countries are emerging and becoming middleincome countries.

That means the requirement for skilled labor is there, but the supply may not be there yet. Since they are trying to tap their own existing pool of skilled labor, they don’t want early competition from other countries. In terms of investment, Asean has been relatively open, but in the past most foreign investments were coming from outside Asia.

Then, in the early 2000s, Asean began to experience a lot of foreign investment from neighboring Asian countries, the “Plus Three” — Korea, Japan and China. In the last few years, investors from within Asean have started to invest in other Asean countries. If we want to make a prognosis on what’s going to happen in the next few years, I think this trend will continue, but I am interested in observing the nature of the investments. Suppose there is a Korean investment in the Philippines. They won’t be investing using U.S. dollars or foreign currency, but Philippine pesos — foreign investment, but operating with local currency.

Thai-Chinese railway project to connect industrial zones to the region