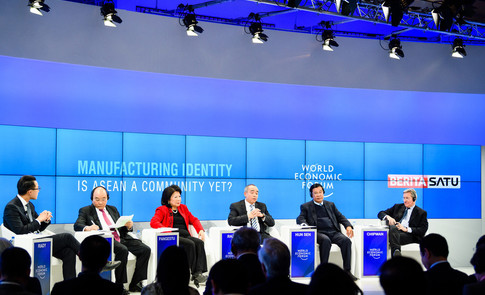 As ASEAN readies to celebrate its 50th anniversary, what does the community stand for, and where is it heading? What have been its key achievements, and what are the challenges it faces?

Peace, stability and economic growth are among ASEAN’s most commendable achievements, thanks to which former enemies have been able to live and grow together, overcoming rivalries and immense socio-political diversity.

Nguyen Xuan Phuc, Prime Minister of Viet Nam, said that one of the most pressing challenges for ASEAN, despite impressive economic growth and integration, is uneven development both between and within countries.

The formation in 2016 of the ASEAN Economic Community is helping to overcome these differences to some extent, although all countries must work individually and collectively to promote equity in addition to economic growth.

ASEAN must also strive to improve integration with the world economy, he added.

On the security front, the prime minister said that security and stability in the South China Sea is of critical importance, and ASEAN countries are committed to resolving issues peacefully in conformity with international law.

Cambodian Prime Minister Samdech Techo Hun Sen agreed with his Vietnamese counterpart, saying that, although Laos or Myanmar cannot aspire to quickly achieve the prosperity of Singapore, for instance, quick progress is possible in closing the digital gap and improving connectivity, which will propel growth.

Prime Minister Hun Sen came down strongly on the outgoing Obama administration for interfering in the South China Sea and attempting to create divisions through efforts to manage the rise of China and rebalance power relations in Asia.

He said that, although there are numerous conflicts in the South China Sea, the US should leave respective countries to carry out dialogue and achieve the outcomes they want. He further censured the US for not paying compensation to Cambodia and Viet Nam for the unexploded mines left over after the wars ended.

Mari Elka Pangestu, Professor of International Economics at the University of Indonesia, said the expansion of ASEAN into the Regional Comprehensive Economic Partnership (RCEP) – which would bring in six neighbouring countries including China and India, while leaving the door open for the US to join – would mark tremendous progress.

It is particularly striking, she said, because ASEAN is so often accused of being slow in taking decisions because it works by consensus, which is typically difficult to achieve; and yet, ASEAN is one of the few regional blocs today to remain united and continue to make progress.

Contrasting ASEAN with the EU, Pangestu said the former remains committed to openness, is seeing no backlash against globalization and its challenge is rather different – of ensuring equality in development.

ASEAN’s greatest value, she said, is the peace it has brought and the camaraderie that exists between political leaders and business people in the region. She said the adoption of the “minus-X” principle – which allows one or two members to opt out of a decision and re-enter after a few years – is practical and creative, and has injected much-needed flexibility into the working of ASEAN.

Pangestu added that the Asian Infrastructure Investment Bank and the One Belt, One Road initiative are strong moves that will benefit the region. Looking ahead, she said, infrastructure and improved connectivity will be crucial for ASEAN, particularly the provision of digital platforms to enable better business and people-to-people integration.

Nazir Razak, Chairman of CIMB Group Holdings in Malaysia, said ASEAN needs more work to create a sense of a common identity. He said ASEAN is already growing at an impressive 5%, which could be pushed up to 7% through further integration, by bringing down non-tariff barriers, for instance.

John Chipman, Director-General and Chief Executive at International Institute for Strategic Studies in the UK, said another challenge ASEAN faces is foreign policy divergence among member states. ASEAN is not as coherent or independent as members like to claim, he said, as China has been able to skilfully tone down ASEAN agreements or turn them in a particular direction.

A number of countries first check with China and then with ASEAN before taking decisions, he said, adding that, a couple of years back it used to be Laos, Cambodia and Myanmar, while now it includes the Philippines, Brunei and Thailand. This has implications particularly for foreign policy and security issues, he said adding that the South China Sea is highly fragile and the pressure on ASEAN may become stronger if the US decides to assert itself there. Therefore, he said, intra-ASEAN defence dialogue and cooperation is necessary in addition to ongoing dialogues on trade and other issues.
Source link