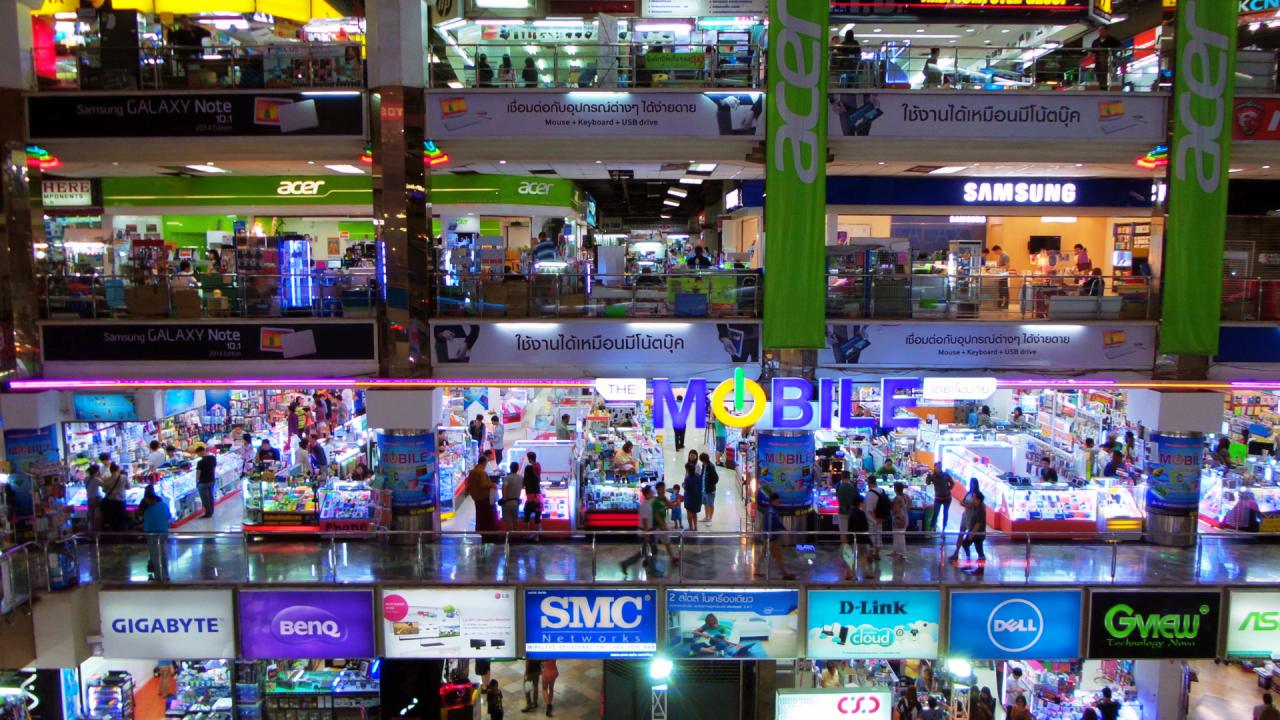 The trade bloc’s sizeable consumer base is underscored by a young workforce, some 60% of whom are aged below 35. With this favourable demographic structure, together with positive economic trends, it is expected that the average ASEAN disposable income and consumer expenditure are set to further increase in coming years.


Notably, the widespread use of the internet and social media is also having a more influential role in re-shaping the retail landscape in the ASEAN, sometimes blurring the lines between physical and virtual buying channels.

This article provides a summary of major findings of the Survey, allowing companies to have a better understanding of their potential target customers in Thailand, Malaysia, the Philippines, Indonesia and Vietnam.

ASEAN Consumer Spending On the Rise

According to Euromonitor International, annual consumer expenditure in the ASEAN will rise to US$1.92 trillion by 2020, 30% above the 2016 level of US$1.47 trillion, and this is equivalent to a healthy average annual growth of 6.8%.

Among the major export destinations within the ASEAN, Thailand, Malaysia, the Philippines, Indonesia and Vietnam have caught the eyes of many Hong Kong exporters and retailers, thanks to their economic vigour, strong purchasing power, and in particular a fast expanding middle class.

To better understand the spending patterns of the middle class consumers in these five countries, including their shopping motivations and channels, as well as their receptiveness of Hong Kong’s brand products and services, HKTDC Research carried out a consumer survey (the Survey) in the second quarter of 2017 to gather first-hand information.

A total of 1,406 completed questionnaires were collected through face-to-face interviews. To qualify as middle-income class consumers in respective countries, all respondents had to be aged 21-60, with monthly household income no less than US$1,000, and have lived in the surveyed city for at least two years.

This article offers an overview of Survey findings, with forthcoming articles focussed on characteristics and attitudes of ASEAN consumers, their spending preferences as well as e-commerce opportunities.

This tendency to allocate income to non-essential items is generally uniform across the board, except for Manila, which dedicated a higher proportion of income on “Food items” at 34%, compared with the survey average of 29%.

Another feature commonly found among the surveyed middle class consumers is their high saving rate, which ranged from 17% to 22%.

When asked for the reasons for saving, 81% of respondents indicated that they set aside a certain proportion of income as a “rainy-day” fund. Therefore, it is fair to say that ASEAN middle class consumers are sensible spenders, despite the strong growth in consumer expenditure.

The ASEAN as a trade alliance is notably diverse in terms of population size, per capita income, economic development and export orientation, not to mention the substantial differences in culture, language and religion. On the whole, the ASEAN consumer market is predictably diverse considering the economic disparity and distribution channels across the countries. As the survey results reveal, however, ASEAN middle class consumers exhibit a high degree of similarities in their consumption patterns and preferences.

For example, when asked to name their top spending areas in the past two years, “Travel and Leisure”, covering spending on airlines, hotels, theme parks and travel packages, was the top choice of respondents in six out of the seven cities surveyed.

An attribute possibly linked to this result is the rise of online travel agents and budget airlines, making travel more affordable these days to the ASEAN’s burgeoning middle class, thereby encouraging them to form a habit of travelling.

The ASEAN middle class is health-conscious. “Health, Beauty and Wellness”, covering spending on health supplements, cosmetics, fitness centres or training classes etc., came second in the Survey. This was followed by “Fashion” and “Consumer Electronics”, reflecting the respondents’ strong demand for items such as quality clothing and electronic appliances to upgrade their living standards.

A closer look into the median one-time spending in each spending category also gives interesting insights. For instance, the median spending on “Travel and Leisure” varies greatly among cities, from US$150.5 in Hanoi to US$850.5 in KL. Such a huge spending gap suggests that middle class consumers in Hanoi are more likely to fly domestically, while the more affluent Malaysian consumers have their holidays abroad.

On the other hand, spending on “Fashion”, “Cuisine, Food and Catering” and “Entertainment” was clustered around a narrow price range. Respondents across the seven surveyed cities indicated that their median one-time spending on each of these categories ranged between US$75.5 to US$150.5.

As ASEAN middle class consumers get more sophisticated they will keep demanding better quality products and personalised services, a trend found in the survey results. An overwhelming 95% of respondents agreed with the statement “I am willing to spend more on products with better quality”.

In addition to their readiness to pay extra for quality products and services, these ASEAN consumers also exhibited a great desire to try out trendy and novel items, with 83% agreeing with the statement that “I am always willing to try new brands and new products”, while 82% agreed with the statement “I frequently look for new and trendy products across various media channels”.

It is not just about product functionality – ASEAN middle class consumers also have a strong sense of personal style, with 89% of respondents saying “I am more focused on personal style, and do not blindly follow the trend”. This emphasis on keeping up with their own styles is particularly pronounced in Surabaya, where 93% of respondents reported that they agreed with the statement.

In many developing ASEAN economies foreign companies are faced with challenging competition as these markets are crowded with local players that have captured a significant portion of consumer spending.

Survey results confirmed that the overall market penetration rate of foreign brands in ASEAN is relatively low at present. When respondents were asked how they allocated their spending between local and foreign brands across different spending categories, local brands appeared to be the dominant choice in most areas.

For categories such as “Cuisine and Catering”, “Financial Services” and “Education”, where localised products and services are highly preferred, respondents allocated less than 20% of their spending on foreign brands.

On the other hand, “Consumer Electronics”, “Travel and Leisure” and “Fashion” were the three categories showing a higher acceptance of foreign brands, with respondents spending 35% to 41% of their income on foreign brands.

Indeed, as revealed in the above, 68% of respondents indicated that they prefer imported or international brands to locally produced or domestic brands. This suggests that as most middle class consumers may aspire to attune to western lifestyles and acquire a better quality of living, foreign brands will see higher market penetration as ASEAN consumer’s income continues to rise.

The internet and social media are widely used by consumers in ASEAN countries. The Survey reveals that user reviews impacted 62% of respondents’ purchasing decisions. More than 50% of respondents also reported that social media platforms such as Facebook, Twitter and Instagram had influenced their buying decisions. In contrast, bloggers, key opinion leaders (KOL) and celebrity endorsement tend to have little impact on ASEAN middle class.

The Lines Between Physical and Virtual Channels Are Blurring

Thanks to the rapid growth of e-commerce in many ASEAN countries, multi-channel solutions are fast becoming the dominant strategy in modern retailing. The Survey results show that in all spending categories at least 50% of respondents had made purchases online or used both online and offline channels.

The most popular spending categories where online channel were used included “Travel and Leisure”, “Entertainment”, “Financial services” and “Fashion”. Survey results showed that respondents prefer online shopping because of three main reasons. First, it is convenient to shop online as one can make purchases anytime. Second, respondents found it easier to make price comparison when shopping online. Third, online shopping allows consumers to share information and reviews with other shoppers.

As a leading international city in Asia and a world-class tourist destination known for being a shopping and culinary paradise, Hong Kong is one of the popular choices among ASEAN middle class travellers. In the Survey, 79% of the respondents visited Hong Kong one to three times in the past two years, while the rest visited more.

In the Survey, respondents were also asked to rate the extent to which they agree or disagree with a given statement pertaining to their perceptions of Hong Kong. According to the Survey results, the ASEAN middle class overwhelmingly agreed that they enjoy visiting Hong Kong for shopping and sightseeing, and considered Hong Kong products and services as mid-to-high to high-end. The Survey result also gives credence to the notion that Hong Kong is a centre for ASEAN middle class consumers looking for trendy brands and products.

In regard to ASEAN middle class awareness of Hong Kong brands, the Survey results revealed that many Hong Kong brands are well known. Watsons, SaSa, Wellcome, Cathay Pacific, Shangri-La Hotels and Resorts, Bossini and Giordano are the best-known Hong Kong brands, each enjoying a response rate of over 50%.

Many Hong Kong companies, be they manufacturers or traders, are increasingly eyeing the ASEAN’s expanding middle class consumers. With rising income and purchasing power, the ASEAN has seen the emergence of a fast growing consumer market in which demand for a wide range of discretionary items is strong, from travel and leisure activities, to electronic items and fashion products.