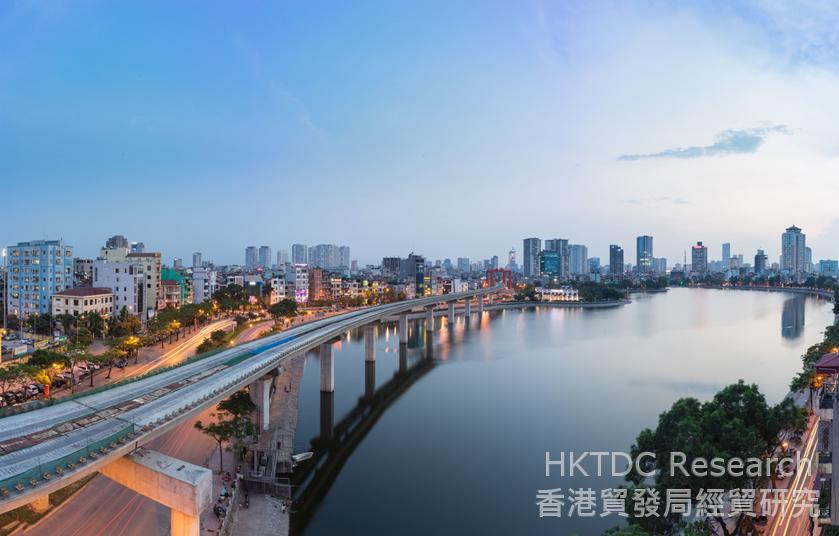 When three China-made trains arrived in the Vietnamese capital, Hanoi, early last month, it was seen by many as a sign that one of the country’s longest-delayed infrastructure projects – the Cat Linh-Ha Dong Elevated Light Railway – was finally approaching completion.

While the project will have a huge impact on the everyday lives of the city’s commuters, its progress has been watched equally intently some 2,300 kilometres away in Beijing, where it is seen as an important element in the Belt and Road Initiative, China’s vast and ambitious trade and infrastructure development programme.

The construction of the 13.5-kilometre urban light-railway has been largely bankrolled by China, with much of the work undertaken by Chinese contractors, while its rolling stock has also been manufactured on the Chinese mainland.

The project has been designed to tackle Hanoi’s chronic traffic problems, with the city having long been billed as “a case study in congestion and chaos” by the local media.

Construction work on the 12-station line began in 2011, with the project originally scheduled to become operational in 2015 . Most of the initial budget of US$552 million was to be underwritten by China. Along the way, however, the project was subject to several delays, with the appointed developer, China Railway Sixth Group, consequently revising the required budget to US$880 million.

The project is just one element in a programme of China-backed moves designed to significantly upgrade Vietnam’s connectivity. Last May, the two countries agreed to prioritise the construction of a standard-gauge railway link connecting Lao Cai, a strategically important city close to the Chinese border, with both Hanoi and Hai Phong, Vietnam’s principal port and one of the largest marine freight facilities in Southeast Asia.

While seemingly unconnected, these two projects are intrinsically linked under the scope and vision of the Belt and Road Initiative. Backed with funding from the Asian Development Bank, the Lao Cai-Hanoi-Hai Phong Railway will eventually form part of the Kunming-Hai Phong Transport Corridor, which will directly connect Vietnam with Kunming, the capital of China’s southwestern Yunnan Province.

Its principal role, however, will be to boost the level of cross-border trade routed via the port of Hai Phong, which itself is undergoing a US$1.2 billion Belt and Road-related upgrade. As a consequence of this redevelopment, Vietnam’s overall container-handling capacity is expected to double by 2020.

Once operational, the Kunming-Hai Phong Transport Corridor is expected to play an integral role in handling the expected growth in land freight between China, Vietnam and several other Southeast Asian countries.

Essentially, it will provide landlocked Yunnan with easy access to marine freight facilities for the first time, with the lack of such a direct route having previously curtailed the province’s export ambitions.

Further bilateral cooperation was also pledged last May, with China agreeing to help Vietnam secure preferential funding terms from the Beijing-headquartered Asian Infrastructure Investment Bank (AIIB), one of the primary financial vehicles supporting the ongoing development of the Belt and Road Initiative. Once backing is in place, it is expected that the two countries will announce plans for the joint development of further transport and infrastructure projects.

Back in Hanoi, extensive track testing is now underway and the line’s official opening is scheduled for the second quarter of 2018. With many of the city’s commuters eagerly anticipating quicker journey times, few will realise that another piece of the Belt and Road jigsaw has also been put in place.