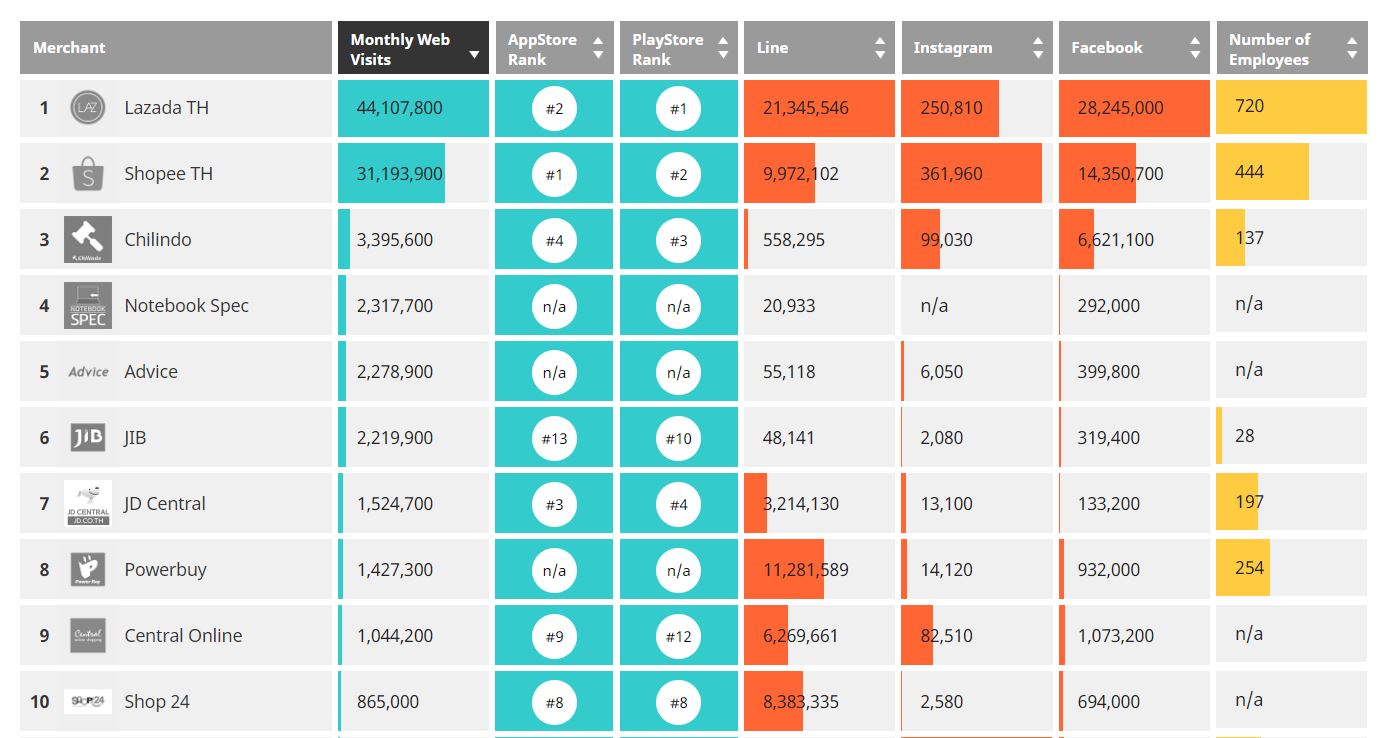 The Map of E-Commerce ranks Thailand’s top e-commerce players based on their average quarterly traffic, mobile application ranking, social media followers and number of staff. Data was collected in April 2019.

Shopee and Lazada dominate, but some local champions such as Tokopedia are thriving, according to an iPrice study

More than 90% of Southeast Asians connect to the internet primarily through mobile devices.

Overall, Google and Temasek expect the e-commerce market in the region to be worth US$102 billion by 2025.

Mobile apps are playing a vital role in the development of e-commerce. According to a report by Google and Temasek, there are more than 350 million internet users in the six largest markets in Southeast Asia (Indonesia, Malaysia, the Philippines, Singapore, Thailand and Vietnam).

This figure is expected to rise as smartphones become more accessible and networks become faster.

Although mobile applications are an important aspect of e-commerce, e-commerce websites remain relevant to consumers as well. A study on the State of E-commerce in Southeast Asia noted that consumers were more likely to conduct purchases via desktops as compared to mobile.

In addition to this, the same report by Google & Temasek stated that the internet economy will rapidly grow to become a US$240 billion industry with e-commerce as a key driving force and is estimated to garner as much as US$102 billion by the year 2025.

How Competitive Gaming Can Become More Popular in Thailand