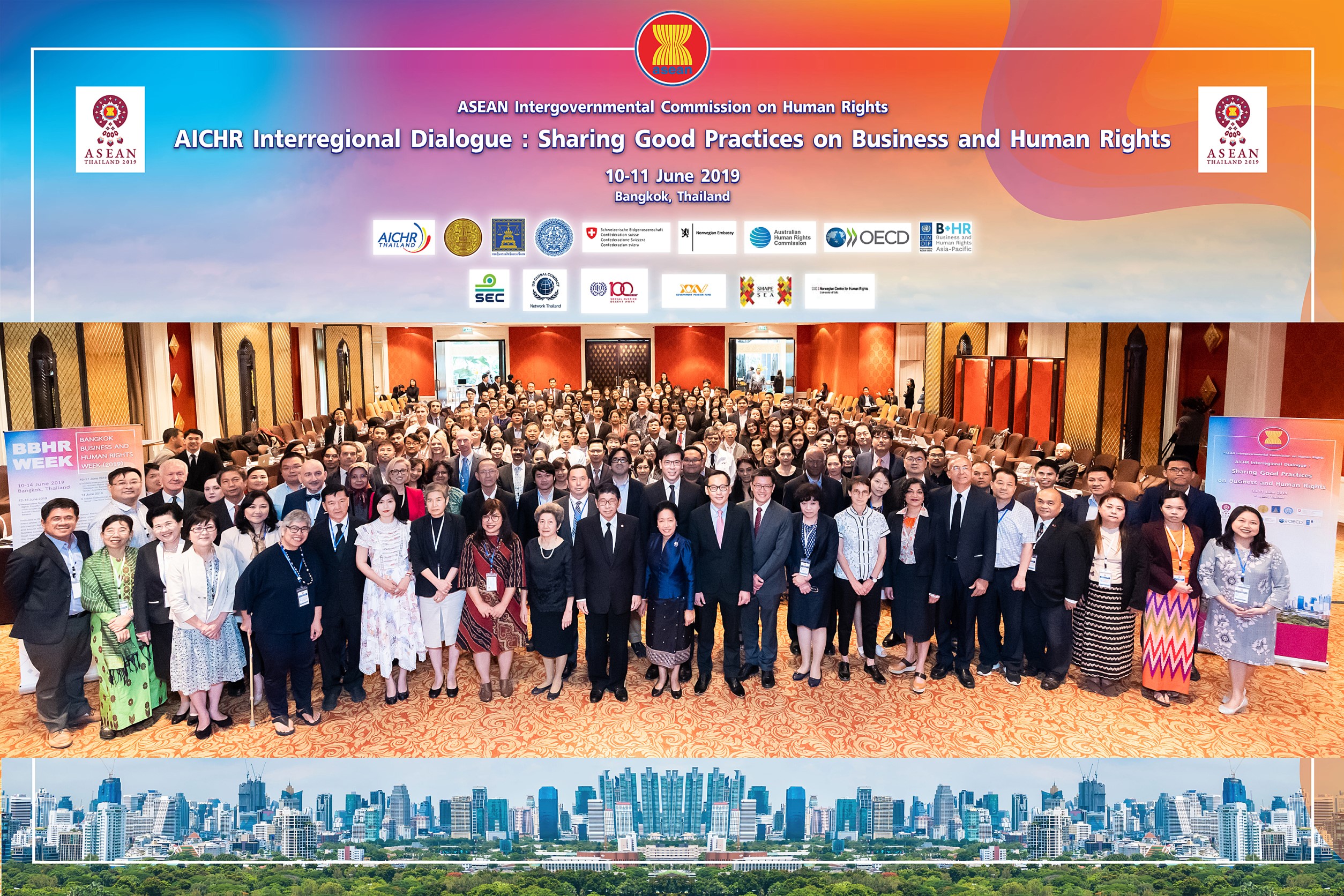 It also discussed the interaction between the UNGPs and expansion of trade liberalisation through Free Trade Agreements.

In his opening remarks, Deputy Prime Minister of Thailand Dr. Wissanu Krea-Ngam highlighted that in addition to serving as a key to furthering economic prosperity and sustainable development in the region, UNGPs were also instrumental to tackle challenges that remain in its implementation, particularly in the areas of cross border investments, environmental problems and social disparities.

Attended by 180 participants from the region and beyond, the dialogue noted the progress made globally to ensure the effective implementation of the UNGPs, namely the adoption of National Action Plan (NAP) on Business and Human Rights by 21 countries around the globe and the launch of NAP by Thailand at the end of June 2019, which will be the first NAP in Southeast Asia.

The dialogue also noted rooms for improvements including continuing raising awareness among the relevant stakeholders on the UNGPs. It highlighted the importance to conduct human rights due diligence for businesses in all sizes and sectors, as well as to incorporate gender lens in the implementation of UNGPs and more broadly in business conduct and regulations.

AICHR Thailand organised the dialogue on behalf of the AICHR with support from the Ministry of Justice of Thailand, Norway, Switzerland, the Australian Human Rights Commission, and related international organisations, namely, United Nations Development Programme, Organisation for Economic Co-operation and Development and International Labour Organization.