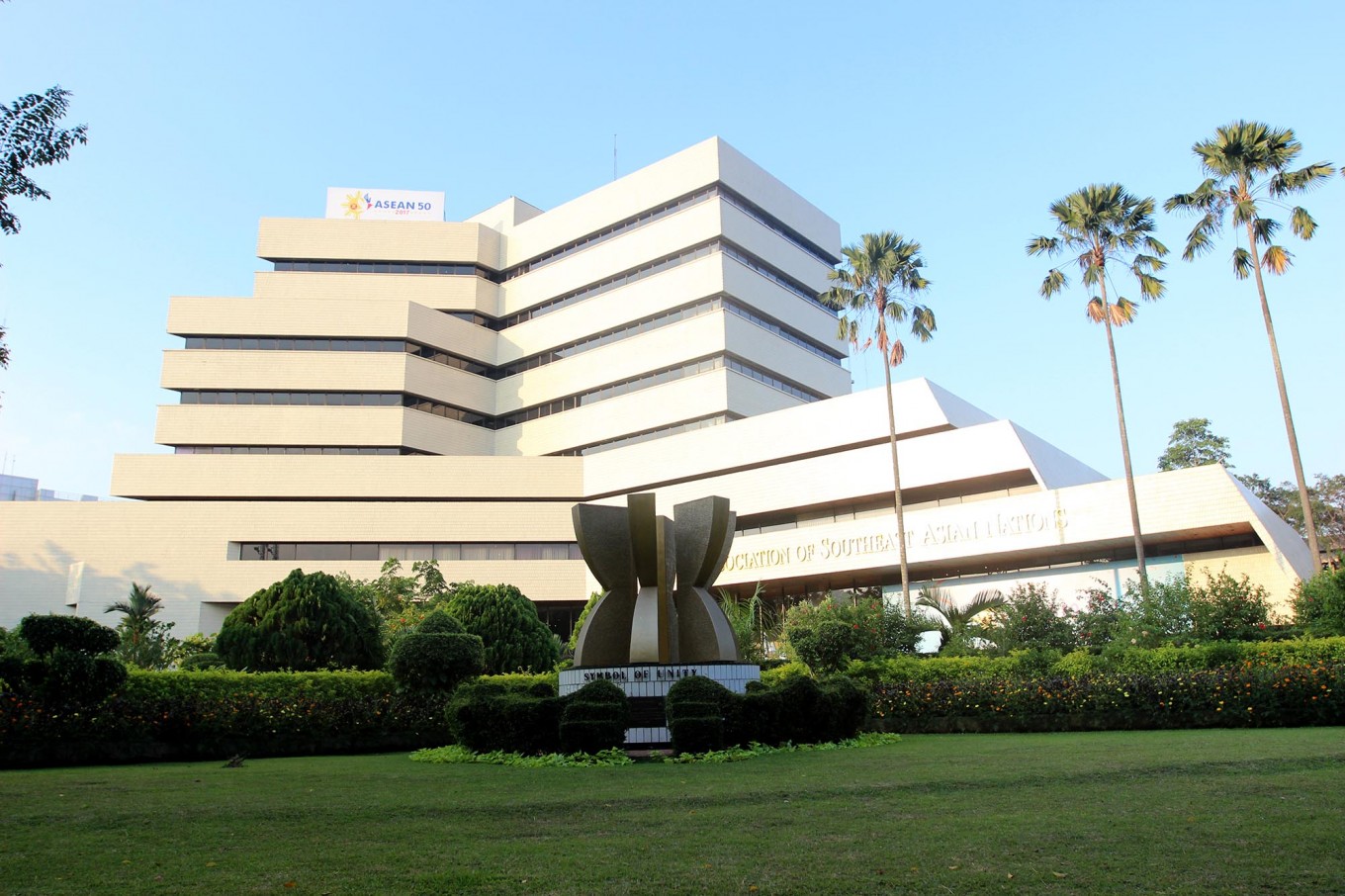 JAKARTA, 8 August 2019 – ASEAN inaugurated the new ASEAN Secretariat (ASEC) building as it celebrated its 52nd anniversary today in Jakarta with a series of commemorative events involving the community, marking a new chapter in the organisation’s history.

President Joko Widodo officiated the new building in the presence of Secretary-General of ASEAN Dato Lim Jock Hoi, Foreign Ministers and representatives from ASEAN Member States together with about 600 other guests.

In his keynote speech, President Widodo shared his personal attachment to the construction of the new ASEAN Secretariat building since he was the Governor of Jakarta and thus he has monitored the construction progress closely.

He wished that in the future most activities would be carried out in the new building to minimise travel of staff and use resources for other activities.

After signing the stone marker, President Widodo symbolically handed over the key of the new ASEAN Secretariat Building to Secretary-General Dato Lim.

“As we look forward to the next 50 years of ASEAN integration, this building will provide a sound foundation to deepen our community building efforts, by creating more opportunities for physical meetings and face-to-face interactions that will further deepen our political, economic and social ties. This means strengthening our engagements with various stakeholders not only here in Jakarta but outside the region as well.”

The inauguration of new ASEC building was followed by the celebration of the 52nd anniversary of ASEAN featuring remarks from Dato Lim and performances from C-ASEAN Consonant – an ensemble of a musicians from all ASEAN Member States playing their national musical instruments, and the London School Beyond Academy (LSBA) whose band members are children with special needs.

Following the performances was the signing of Memorandum of Understanding between ASEAN Foundation and Maybank Foundation to signify a 3-year partnership commitment of US$3million for the “eMpowering Youth Across ASEAN” programme.

The Foreign Ministers of ASEAN also placed the wishes and aspirations of ASEAN Leaders for the next 25 years in a time capsule. Other highlights of the celebration include the official launch of the Shifting Tides exhibition and the presentation of artwork from ASEAN’s first resident artist Pannaphan Yodmamee of Thailand. Some ASEAN Member States and Dialogue Partner countries also took the opportunity to present gifts of artworks to the new ASEAN Gallery.

In addition, the people-centred celebration featured Erlinda Koe, the inaugural recipient of the 2018 ASEAN Prize, through a symposium under the theme “What can ASEAN do more to support to persons with disabilities?”

Later in the day, ASEAN and the European Union (EU) launched the EU-ASEAN Blue Book 2019, a publication which provides an overview of development cooperation between the two regional institutions.

Both sides marked the opening of the ASEAN-EU Cooperation and Scholarships Day which showcased ASEAN-EU cooperation programmes and scholarship opportunities from ASEAN and the EU Member States.

As reflected in Secretary-General Lim’s remarks, the celebration aimed to highlight the “inclusiveness and youthfulness of ASEAN.”