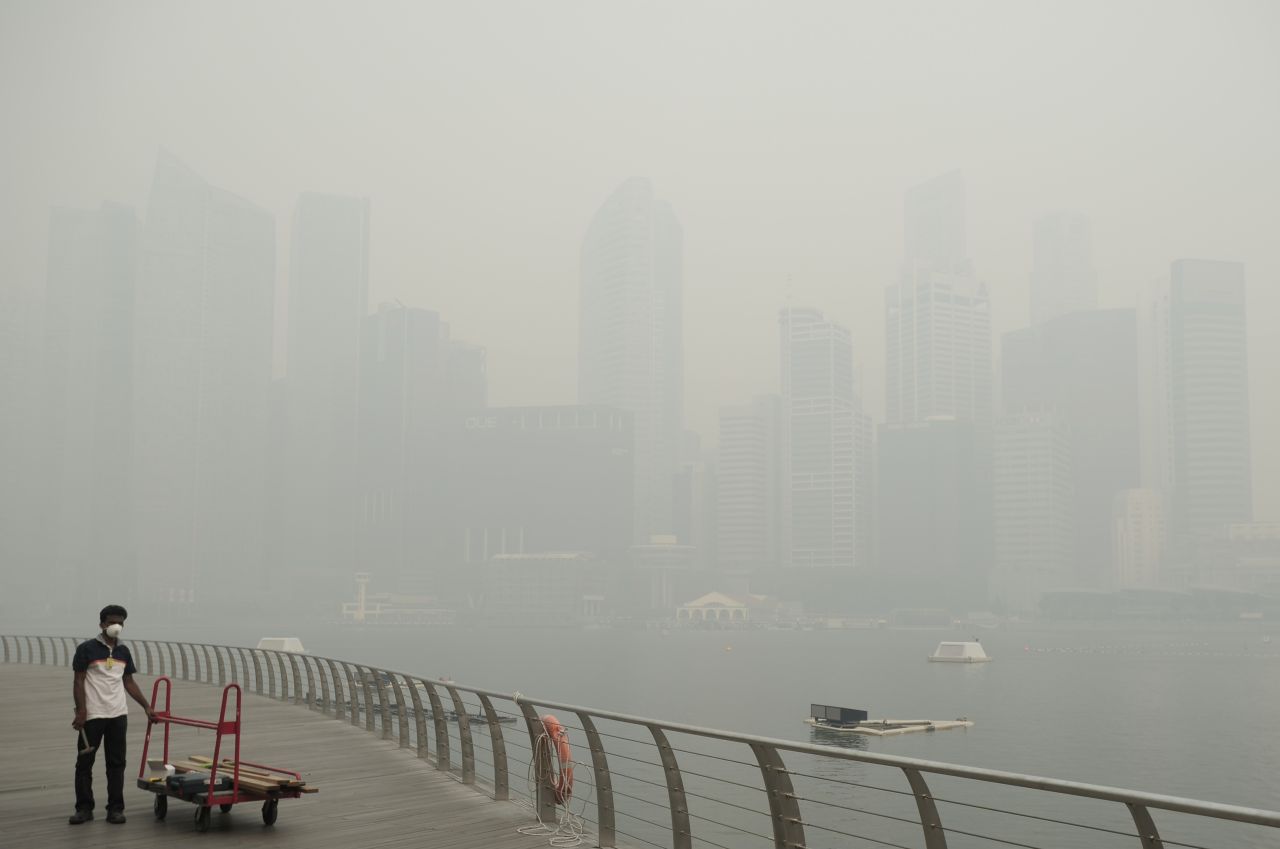 The Twenty-first Meeting of the Sub-Regional Ministerial Steering Committee on Transboundary Haze Pollution (21st MSC) was held on 6 August 2019 in Brunei Darussalam, and attended by Ministers/representatives responsible for the environment, for land, forest fires and haze, from Brunei Darussalam, Indonesia, Malaysia, Singapore, and Thailand, and the Secretary-General of ASEAN.

The Ministers noted the weather outlook information presented by the ASEAN Specialised Meteorological Centre (ASMC) for this dry season, that drier and warmer conditions in the southern ASEAN region were expected between August and October 2019. In addition, neutral (neither El-Niño nor La-Niña) conditions were forecast.

The drier and warmer weather could lead to an escalation of hotspot activities and increase the risk of transboundary haze occurrence in the region.

MSC countries pledged to remain vigilant and to monitor and step up their haze preventive efforts to minimise any possible occurrence of transboundary smoke haze during periods of drier weather.

The Ministers noted ASMC’s continual efforts in updating its technical capabilities to better serve the ASEAN region in monitoring, assessment and provision of early warning for transboundary haze occurrence.

This involved significant and sustained investment by ASMC in an expert team of operational meteorologists performing 24/7 monitoring and assessment of regional weather and haze, and research scientists working on advanced weather and climate prediction models, as well as supercomputing resources.

The Ministers also noted with appreciation the training courses and technical fora conducted regularly by the ASMC as part of its five-year Regional Capability Building Programme for ASEAN Member States (AMS) through the sharing of technical knowledge and skills in haze monitoring and weather and climate prediction with AMS.

The Ministers noted with appreciation various initiatives and actions by MSC countries to address the transboundary haze pollution in the region.

The MSC countries reaffirmed their readiness to provide assistance such as deployment of the technical resources for firefighting assistance on emergency response situation, if requested, and to collaborate among MSC countries with enhanced cooperation and coordination to mitigate land and forest fires, when necessary.

The Ministers further noted the likelihood of the warmer and drier conditions this year and therefore called for timely actions of national and local agencies to prevent land and/or forest fires and haze pollution arising from such fires.

The Ministers agreed to expedite the review of and evaluation of the implementation and achievement of a haze-free ASEAN by 2020 and to recommend a final review of Roadmap for the consideration of the upcoming Meeting of the Committee under the Conference of the Parties to the ASEAN Agreement on Transboundary Haze Agreement.

The Ministers noted the progress towards the finalisation of the Establishment Agreement and Host Country Agreement of the ASEAN Coordinating Centre for Transboundary Haze Pollution Control (ACC THPC) in Indonesia and the urgency to further intensify efforts to bring the negotiations to conclusion.

The Ministers noted the discussion and substantial progress on the implementation of the Strategic Review of the Sub-Regional Ministerial Steering Committee (MSC) Programmes and Activities which includes:

(i) enhancing haze control management through early warning/monitoring and fire prevention and suppression;

(iii) revised Standard Operating Procedure (SOP) for Monitoring, Assessment and Joint Emergency Response under the ASEAN Agreement on Transboundary Haze Pollution, in which the Alert Levels, Trigger Points and Actions on Fire Prevention and Suppression were incorporated;

The Ministers recalled that the Ministers at the Thirteenth Meeting of the Conference of the Parties to the ASEAN Agreement on Transboundary Haze Pollution (COP-13) held on 12-13 September 2017 in Brunei Darussalam, welcomed the endorsement of the modality for sharing hotspot information among MSC countries as recommended by the 7th Meeting of the MSC Technical Task Force (7th MTTF). The Ministers noted that the information sharing mechanism has been operationalised during the dry season.

The Ministers noted the significant progress of the implementation of the ASEAN Peatland Management Strategy (APMS 2006-2020) through the ASEAN Programme on Sustainable Management of Peatland Ecosystems (APSMPE 2014-2020). The Ministers expressed appreciation for the support and cooperation that has been further strengthened with ASEAN Dialogue and Development partners as well as with other International Organisations. The Ministers conveyed their appreciation for the valuable support extended by European Union (EU) through the Sustainable Use of Peatland and Haze Mitigation in ASEAN (SUPA) and the International Fund for Agricultural Development (IFAD) on the Measurable Action for Haze-Free Sustainable Land Management in Southeast Asia (MAHFSA). The Ministers called upon the strong support from the MSC countries and its relevant agencies to the successful implementation of the activities of above said programmes.

The Ministers expressed their appreciation to the Government of Brunei Darussalam for hosting the 21st MSC Meeting, the excellent arrangements made, and generous hospitality provided. The 22nd MSC Meeting will be held in Indonesia in 2020.