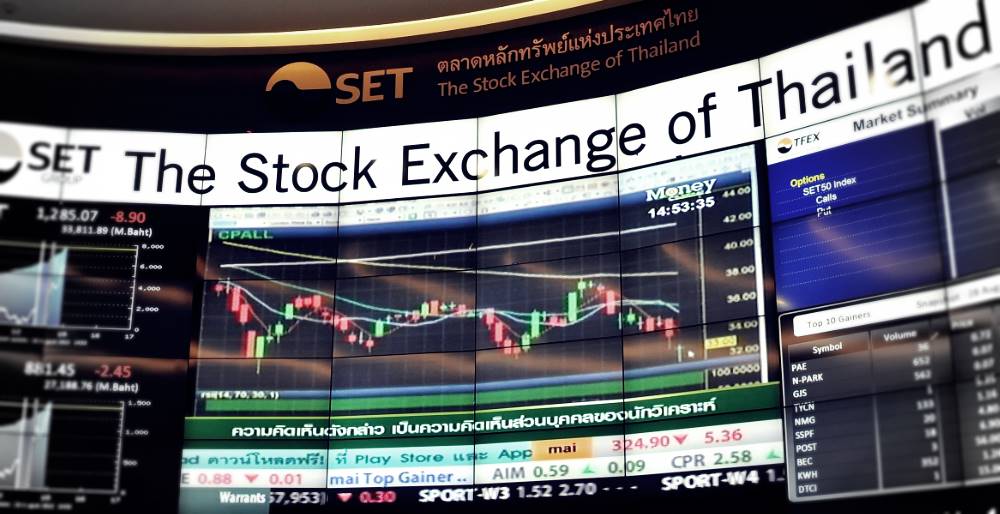 BANGKOK, March 8, 2021 – The global stock exchanges in February 2021 faced
volatility from bond yield spike that hit the 12-month high, reflecting an
anxiety in revising inflation forecast that could cause major central banks in
many countries to temper monetary policy easing sooner than previously expected.
The Stock Exchange of Thailand (SET) Index fared well on the heels of the
global economic rebound and optimism on recovery in service and tourism sectors
following the domestic vaccination rollout.

SET Senior Executive Vice President Soraphol Tulayasathien said the SET Index
gained 2.0 percent from the previous month to 1,496.78 points at end-February,
buoyed by a pickup in the world economy coupled with optimism after Thailand
begun importing vaccine. The Market for Alternative Investment (mai) Index
logged its closing high during the month-end in two years of 379.07, or a 6.4
percent increase from a month ago in February. Comparing with year-end
performance, Agro & Food Industry, Financials, Industrials and Services industry
groups outperformed SET Index.

Key highlights for February
-SET Index ended 1,496.78 points in February or a 2.0 percent gain from the
month before, outpacing other regional peers and MSCI ASEAN Index with a 1.6
percent rise.
-mai Index closed at 379.07 points, a 6.4 percent increase from the preceding
month (the highest level at month-end close in two years.
-In February, several industry groups increased from the previous month. Agro &
Food Industry, Financials, Industrials and Services outpaced SET Index.
-The average daily trading value of SET and mai soared 43.2 percent year-on-year
to THB 94.32 billion (approx. USD 3.08 billion). The trading value of THB
126.92 billion on February 25, 2021 was the sixth highest level since SET
started trading.
-Retail investors continued to dominate trading, accounting for 47.3 percent of
total trading, and they were net buyers for another month at THB 30.28 billion
in February. Brokers bought a net THB 2.44 billion, while foreign investors were
the net sellers for the second consecutive month with a net THB 18.61 billion.
Local institutional investors sold a net THB 14.11 billion. To sum up, during
the first two months of this year, foreign investors were net sellers of a total
of THB 29.28 billion.
-In February, IPO activities continued with two new listings on SET and one
listing on mai. Particularly, the IPO value in the first two months of this year
outpaced ASEAN peers, mainly from the listing of PTT Oil and Retail Business
pcl (OR).
-SET’s forward P/E ratio was 19.3 times at end-February, while historical P/E
ratio was 26.8 times, higher than the average of the Asian peers at 15.1 times
and 25.3 times, respectively.
-Dividend yield ratio of SET was 2.57 percent at end-February, above Asian stock
markets’ average ratio of 2.28 percent.

Derivatives market
– In February, the average derivatives trading volume recorded at 435,761
contracts per day, a 24.0 percent drop from end-January due to the decrease of
trading activities in Single Stock Futures and SET50 Index Futures. However, it
was partially offset by the rise of trading volume in Gold Futures & Silver
Futures and Agricultural Futures (entirely from Japanese Rubber Futures: JRF).