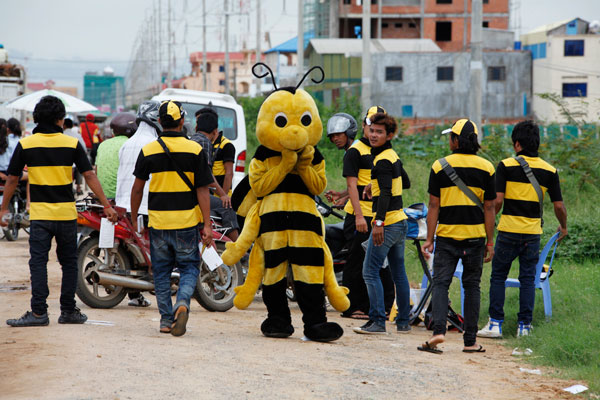 VimpelCom, the Netherlands-based parent company of Cambodian mobile operator Beeline, booked an impairment charge of US$527 million on its operations in Cambodia and Vietnam, according to a 2011 company report.

The impairment, or revaluation of VimpelCom’s assets in the two Southeast Asian countries, highlighted the company’s over-valuation of the markets, which it entered in mid-2009.Intense competition among Cambodia’s eight active operators, as well as the government’s willingness to continue issuing operating licences, had led to the company’s over-estimation, Tokyo-based Sullivan & Frost analyst Marc Einstein said yesterday.

“They have by far the deepest pockets of any operator in the [Cambodian] market, and they probably thought they could just fight it out. But that’s not the case,”

Einstein said.As of November, Beeline had 630,000 subscribers, an increase of 100,000 since July, according to numbers obtained by the Post. The operator had lost subscribers between March and July of last year, the Post reported.

Cambodia may find new rice market in the Philippines