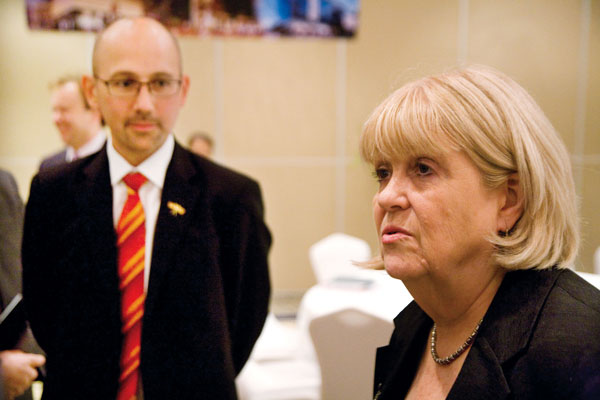 The United Kingdom Trade and Investment Office will establish a permanent branch in Phnom Penh on the expectation that economic ties between the two countries would continue to grow, Cambodian and UK officials said yesterday.

Bilateral trade has risen by 300 per cent during the past five years and was worth about US$400 mill-ion in 2011, according to the British embassy in Phnom Penh.It increased by more than 40 per cent in the first quarter of 2012.

The trade and investment office would produce market reports and assist in business registration, officials said.

Cambodia’s garment industry has traditionally attracted the biggest share of UK investment. Along with the trade-office ann-ouncement and a visit by Secretary of State for Wales Cheryl Gillan, Quantum Clothing, the UK’s largest company in Cambodia, opened its third garment factory here yesterday.