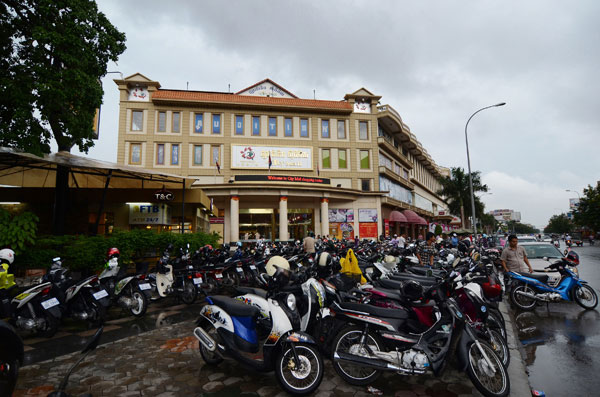 The supply of shopping centre space in Phnom Penh is set to triple in the next five years, according to a CBRE Cambodia report, and one insider said the jump in higher-end retail venues would come even sooner.

A Parkson Corporation Sdn Bhd shopping centre, one of two large-scale international retail developments in the country, would push that increase in retail supply .If planned developments come to fruition, there could be as much as 312,000 square metres of retail venues in shopping centres by 2017, up from last month’s count of about 105,000 square metres, the CBRE report said.Malaysia’s Parkson has started construction on a shopping centre in Phnom Penh, Sung Bonna, president of National Valuers Association of Cambodia, said yesterday, although he declined to give details on the project.Japanese retail developer Aeon Co Ltd was also in the process of developing what would be one of the country’s largest retail shopping centres on the capital’s Sothearos Boulevard.A lack of world-class brand management in Cambodian malls is driving the demand for internationally developed shopping projects, Knight Frank country manager Sunny Soo said yesterday.

“At malls here, you have two floors of people selling shoes – sometimes the same shoes. It’s not profitable for the retailer or the mall owners,”

he said.“Until today, the city doesn’t have first class shopping malls … All the shopping malls here are suffering from bad leasing management.”Shortfalls in funding have led to developers selling off retail space, which limits the control they have over brand placement, he said.International developers such as Aeon and Parkson could alleviate layout problems that hinder sales and dissuade name brands from entering the country.