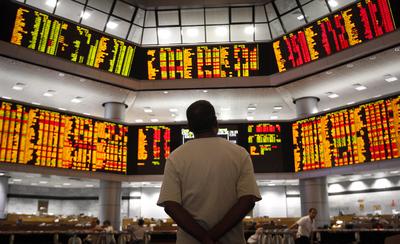 An interesting experiment is going on in Malaysia. The administration of Prime Minister Najib Razak has embarked on an economic transformation plan that marks a clear departure from the development plans of Malaysia’s past

In years past Malaysia’s development plans, while ostensibly focusing on economic growth and structural changes, had been in actuality little more than budget priorities for the federal government. While economic issues were usually correctly identified, there was an underlying and unspoken premise that ‘we’ll solve the problem if we throw enough money at it’. Results were often not in line with the money spent, and occasionally not achieved at all. While one hesitates to give too much credit to public spending as a driver of the economy, the fact remains that Malaysia’s performance, post-Asian crisis, has fallen behind that of its regional peers.

Starting with the New Economic Model (NEM) report of 2010, the budget-based approach has changed. While the Tenth Malaysia Plan continues the traditional top-down assessment of the economy and government budget priorities for the period 2011–2015, the Plan is largely superseded in the public eye by two new and radically different programs — the Government Transformation Plan (GTP) and the Economic Transformation Plan (ETP).

The former aims at improving the efficiency of the public service delivery system, particularly in matters directly affecting citizens, such as licensing and taxes. The latter aims at improving the competitiveness of the economy and increasing private investment to meet the stated target of Malaysia achieving high-income status (as defined by the World Bank) by 2020.

An interesting experiment is going on in Malaysia. The administration of Prime Minister Najib Razak has embarked on an economic transformation plan that marks a clear departure from the development plans of Malaysia’s past.

What differentiates these programs is less their content and aims and more their implementation. Rather than the historical approach which entrusted planning and action to different government ministries, the GTP and ETP were formulated through extensive collaboration between interested stakeholders, with a goal of coming up with specific policies with detailed implementation plans and, more importantly, measurable objectives.

In the past, the assessment of success or failure in development was often presented as a matter of the ratio of the budget utilised. Now success is measured against the impact on the agreed upon target variable. The government has also invested in a comprehensive communication strategy, explaining the programs and their benefits to the public in a variety of mediums and platforms. In the short space of less than a year, both programs have made remarkable and impressive progress.

More recently, the more structurally-oriented reforms detailed in the NEM document have also been given shape and form through six Strategic Reform Initiatives (SRIs). These have followed the implementation blueprint already established by the GTP and ETP — extensive consultation and collaboration, followed by detailed action plans.

Critics maintain that these programs — the ETP, GTP and NEM — are little more than public relations exercises, and leave fundamental gaps in addressing the real problems and issues that Malaysians care about. There is some truth in this. For example, some of the highly publicised foreign and private investment projects touted under the ETP probably would have been made with or without the ETP. The focus on headline GNI, including encouraging domestic investment abroad to improve factor payments, does not obviously benefit the incomes of domestic workers. Some key human development indicators remain unaddressed, like the very poor record in pre-natal care for women. Affirmative action policies to address the economic insecurity and fear of the politically dominant (but economically backward) Malay community have been but lightly tampered with, to the dissatisfaction of both Malays and non-Malays.

Just as important is the question of how relevant the ETP and NEM would be in meeting the challenge of achieving the stated objective of transforming Malaysia into a high income economy. It is nearly impossible to prove the counterfactual, that is, what would Malaysia’s economy be like in 2020 without these programs? But the answer is probably that it would not be that much different. There are in fact enough fundamental economic trends, particularly Malaysia’s highly favourable demographic profile and a hands-off central bank allowing an appreciating currency, to ensure that the target will be reached within the required time frame. But if this is so, why bother with these programs at all?

The answer must be that the GTP, ETP and NEM are not needed so much for economic growth alone but to transform the Malaysian economy and society into one that can reasonably sustain high income status. A more productive, value-adding private sector, coupled with a more efficient public sector, will be far better able to support and nourish a high income, more equitable society. The 9 July demonstrations in Kuala Lumpur demonstrate the increasing political and social activism and awareness of Malaysian society. The alphabet soup of economic programs currently under way will help Malaysia achieve a matching economic maturity.

Nurhisham Hussein is an economist at a large fund management company in Malaysia. He writes a blog on the Malaysian economy at Economics Malaysia.

Malaysia to work with Thailand ending violence in Southern Provinces