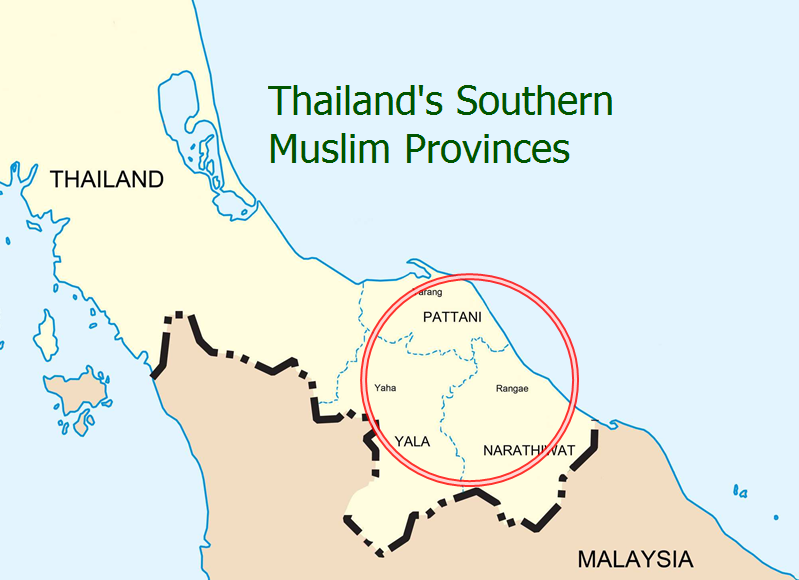 Insurgents in the long-running internal armed conflict in southern Thailand must immediately stop their campaign of targeting civilians, Amnesty International urged today in a new report.

“They took nothing but his life”: Unlawful killings in Thailand’s southern insurgency provides details of how insurgents have deliberately attacked “soft targets”: farmers, teachers, students, religious leaders, and civil servants.  Many of these attacks constitute war crimes.

Nearly 5,000 people have been killed and thousands more injured in Thailand’s four southern-most provinces, in the nearly eight years since the insurgency there reignited.

Thailand’s three southern-most provinces are host to a non-international armed conflict, based on the intensity and duration of hostilities there, as well as the existence of organized groups of insurgents.

“Insurgents in southern Thailand are spreading terror among the civilian population by deliberately targeting people with no role in the conflict —no one is immune from attack,” said Donna Guest, Amnesty International’s Asia-Pacific Deputy Director.

“The insurgents must publicly commit to stopping these unlawful killings immediately,” she said.

The report is based on the testimony of 154 interviews with witnesses and survivors, relatives and friends of victims, conducted between October 2010 and July 2011.  This testimony provides information about 66 insurgent attacks against civilians in three southern Thai districts: Rangae in Narathiwat province, Yarang in Pattani, and Yaha in Yala.

15 year-old Zakariya Wilson, a rubber tapper, was killed by insurgents in Yaha district in September 2009.  “I have no idea why they killed him, as he was just a boy and a good kid. They took nothing but his life,” said his father.

The insurgents, predominantly ethnic Malay Muslims, have been violently challenging the officially and predominantly Buddhist Thai state since January 2004.  From then through June 2011, some two-thirds of those killed in the conflict were civilians, the majority of them Muslims whom insurgents believe are too close to the government or refuse to cooperate with them.

“The insurgents seem to be attacking many of the very people on whose behalf they are ostensibly fighting, destroying their lives and livelihoods,” said Donna Guest.  “Whatever their grievances, they do not justify this serious and systematic violation of international law.”

Successive Thai governments have attempted to curb the insurgency through various policy initiatives, but none has managed to make any significant headway.

“The new Thai government must urgently turn its attention to the conflict in the deep South where civilians living in the region need protection,” said Donna Guest.

“The region is still characterized by a culture of official impunity.  All unlawful killings, including those allegedly by security forces, must be independently investigated and acted upon,” she added.

Torture and other human rights violations by Thai security forces engaged in counter-insurgency efforts also continue.  After a January 2011 attack by insurgents on a military base in Narathiwat province, at least nine suspects detained by security forces reported that they were tortured in custody.

However, not a single official has been brought to account for these or any other alleged human rights violations, including the October 2004 incident in Tak Bai district, when 78 detainees died of suffocation while being transported by the military in tightly packed trucks.

“It is ultimately the Thai government’s responsibility to ensure the well-being of all Thai citizens.  As a matter of international law—and as repeatedly demonstrated by experience in Thailand and around the world—any counter-insurgency strategy must have a strong human rights component”, said Donna Guest.

Thailand: “They took nothing but his life”: Unlawful killings in Thailand’s southern insurgency

Thailand’s three southern-most provinces are host to a non-international armed conflict, based on the intensity and duration of hostilities there, as well as the existence of organized groups of insurgents. Amnesty International believes that the insurgents, through widespread killings of civilians from both Buddhist and Muslim communities, are committing acts aimed at spreading terror among the civilian population. This report examines the circumstances surrounding 82 deaths that resulted from attacks by insurgents. Fifty-five of those killed were Muslims, while 27 were Buddhists. Individual cases are illustrative.

Malaysia’s Twisted Past emerges from the past

Malaysia to work with Thailand ending violence in Southern Provinces