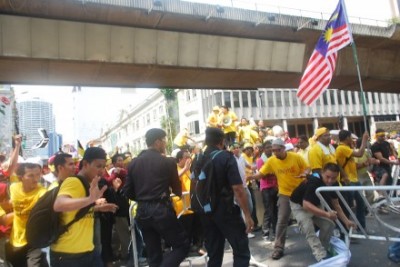 During elections, people tend to be more inspired to voice their opinions on politics, governance, and democracy. Campaigning hasn’t officially started in Malaysia, but it’s encouraging to see that ordinary citizens have been so aggressive in recent weeks in pushing for various government reforms.

Bersih (clean), an electoral reform movement, surprised the government when it successfully mobilized thousands of people in the streets on April 28. It was reported to be the biggest rally ever held in Malaysia. But before Bersih, there were several “people power” initiatives that deserve recognition, such as the Occupy Dataran Merdeka, the student march against the “inefficient and exploitative” national school loan program, and the popular indignation against the operation of a rare earth refinery in the town of Kuantan.

Related Topics:Business
Up Next

Thailand and Malaysia to cooperate on Border Security

Malaysia: «People in the south must not seek a separate state»