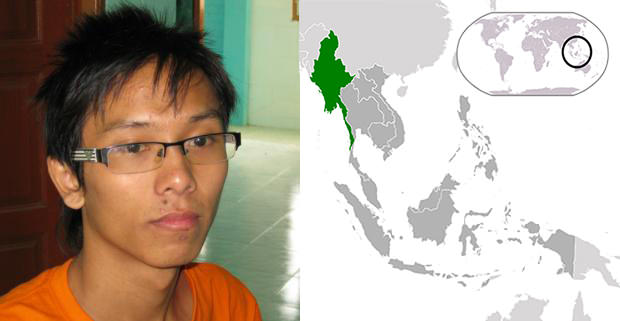 Reporters Without Borders has confirmed that access to a number of previously banned foreign news websites including Youtube, BBC, Reuters, The Bangkok Post (Thailand), Straits Times (Singapore), Radio Free Asia, Irrawaddy, Democratic Voice of Burma, and the Burmese version of Voice of America has been unblocked. Internet connections nonetheless continue to be very slow.

“The unblocking of websites just a few months after Internet café regulations were tightened is curious,” Reporters Without Borders said.

“If censorship is being partially lifted, the authorities should say so publicly and should undertake to open up the Burmese Internet even more. And they should acknowledge that allowing the public to have access to previously blocked websites does not pose a threat and does not result in any public order disturbance, as they long maintained in order to justify the censorship.”

Reporters Without Borders calls for the release of all their imprisoned reporters including Sithu Zeya, sentenced to 18 years in prison,

Reporters Without Borders also welcomes the government’s announcement on 6 September that it is creating a National Human Rights Commission to which Burmese citizens can submit complaints if they believe they have been the victims of abuses. The press freedom organization hopes that everyone, including imprisoned journalists and bloggers, will be guaranteed access to this commission.

The unblocking of websites, which coincided with International Day of Democracy on 15 September and followed a recent visit by the UN special rapporteur on the situation of human rights in Burma, seems to be part of series of conciliatory gestures.

The local media now carry frequent stories about opposition leader Aung San Suu Kyi. The government has addressed several appeals for peace to Burma’s armed separatist movements. And several state-owned media have stopped their regular attacks on the western media. In his inauguration address last March, President Thein Sein said the role of the media should be respected.

Many local news media nonetheless continue to be censored or controlled by the government. And TV stations, books and cartoons continue to be closely supervised. But, noting the recent trend in the government’s decisions and statements, Reporters Without Borders urges the authorities to allow the media to express themselves with complete independence and to stop persecuting bloggers and journalists.

via Many news websites unblocked, but 17 journalists and three netizens still held – Reporters Without Borders.