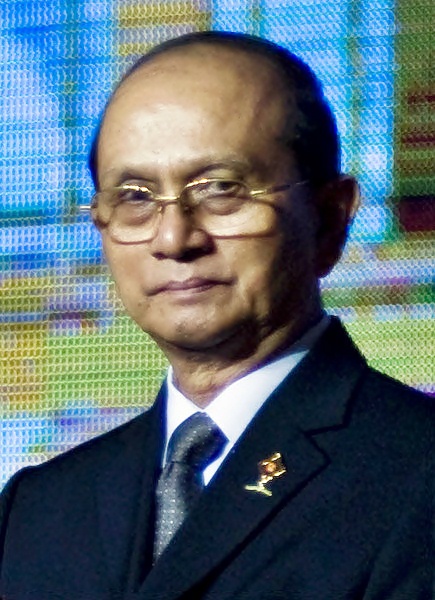 The news out of Burma has been much more hopeful, as the government has taken a series of actions to change course after years of isolation and human rights abuses. When I travelled there in December with Secretary Clinton, we saw the possibility of real democratic change that could eventually lead to a much brighter future for Burma.

The statements from Nawpidaw are certainly encouraging. At a dinner in Singapore on Monday night, President Thein Sein said, according to press reports, quote: “We want our people to take part in the democratic reform process and we want democracy to thrive in Myanmar. I wish to assure you that I shall endeavor to establish a healthy democracy in Myanmar.”

If the leaders continue on this path of democracy and openness, they will free all remaining political prisoners. They will hold fair elections on April 1, allow their people a genuine say in how they are to be governed, end restrictions on the media and the Internet, end the divisive ethnic conflicts, and begin to build a more integrated and peaceful society.

If they continue to pursue this path, they will end their international economic and political isolation, attract aid and investment, and be in a position to build a strong and inclusive economy that shares prosperity widely. Of course that won’t transform Burma overnight. But it will begin to build the kind of government Burma’s people deserve.

I come to speak with you today with great humility, because I am not a Burma expert, and I know that many of you have worked on Burma for years or decades.

I had not visited the country until last fall, when I went first with Special Envoy Derek Mitchell in November, and then again with Secretary Clinton in December. What I do bring to this discussion is experience with countries that are beginning down the long hard road towards democracy. And based on that experience I feel it is a rare privilege to be able to offer help to a country at such an important time.

But our engagement starts from a clear-eyed assessment of where there has been progress and what remains to be done. Let’s start with the progress. We have seen movement on at least three important fronts. First is the release of political prisoners. Since October, the government has released more than 500 political prisoners. That includes most of the highest-profile prisoners. Some of these people had spent decades in jail for nonviolent expression of their political views.

Min Ko Naing, for example, was an 88 Generation student leader who spent most of the last 15 years in jail. He was re-arrested for organizing peaceful walking demonstrations in Rangoon in 2007 and sentenced to 65 years. Sixty-five years. Last week he and four other freed 88 Generation leaders held a press conference in and promised to “support those who want to build justice, freedom and equality” in Myanmar.

Read the complete article via Burma at the Turning Point.

The promise and peril of Myanmar’s economy