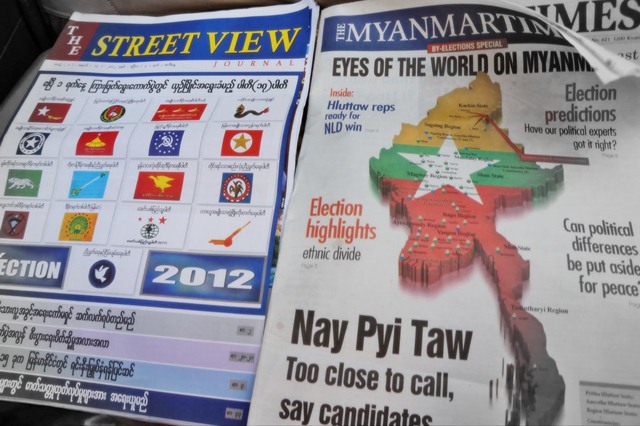 With the upcoming integration of ASEAN nations in 2015, many countries, not only in this region but also the west, are now paying attention to Myanmar. The recent election, which marks the country’s significant milestone, has presented opportunities to the rest of the world. Given the long reign of military ruling, Myanmar has finally taken a chance at democracy. Symbolically or not, Aung San Suu Kyi, the world’s renowned democracy activist and leader of the National League for Democracy (NLD) party won the election without military intervention.

The ASEAN Economic Community (AEC) coupled with this change has literally intrigued the business sector in Thailand. A discussion panel was recently held by the Institute of Asian Studies, Chulalongkorn University, with focus on how this development in Myanmar would affect Thailand. Business experts and academics also participated in the discussion, which brought a variety of views and opinions to the table. Director of the Institute Associate Professor Sunate Chutitharanon said people might think that this new direction in Myanmar happened too quickly and might present great uncertainty.

His arguments were supported by historical accounts such as the military’s successful attempt at taking over the government after the 1990 election despite the election results indicating Suu Kyi’s victory, and a major protest by monks against the junta rule. But there are still several advantages. He added that other nations could benefit from trade and investments in Myanmar when the latter opens its doors.

Vice President of the Federation of Thai Industries Thanit Sorat said Myanmar could offer Thailand several benefits for its abundant natural gas and cheap labor as well as transport networks to other countries in Asia. Although many Thai businesses have already expanded into Myanmar, the AEC formation, which will happen in 2015, will definitely allow greater access for Thailand to Myanmar to seek business opportunities and promote the economic growth. Read More

Foreign Investment Will Not Weaken China Economic Ties in Burma