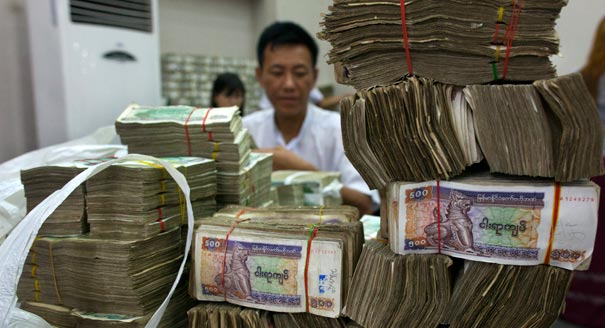 Myanmar’s successful by-elections and Aung San Suu Kyi’s landslide victory deservedly captured the international headlines a fortnight ago. But those headlines overshadowed an equally pathbreaking economic development. The day the preliminary election results were announced, the government held Myanmar’s first foreign exchange auction at which the U.S. dollar was traded at 818 kyat. The official rate had been 8.5. The challenge now is to keep the reform momentum going without causing macroeconomic or political instability.

The exchange rate auction is part of a “managed float” that requires the central bank to intervene to keep the exchange rate between certain limits. Myanmar must institutionalize the process by developing an independent central bank, ensuring the foreign exchange auction becomes a permanent feature of the economy, and keeping the real exchange rate at a level that encourages the production of agricultural goods and manufactures.

The exchange rate reform was just the first salvo in what many anticipate will be a steady effort to overhaul the economy and build incentives and institutions for sustained and inclusive growth. In doing so, the government is receiving advice from the IMF, the World Bank, the Asian Development Bank, and the United Nations Development Program, as well as from many bilateral agencies (Japan, Australia, the UK, and Norway to name a few) and other external advisers.

The danger is not that Myanmar will do too little, but that it may be asked to do too much. And the government may be only too willing to oblige, especially if it believes that doing so will accelerate the removal of remaining sanctions or the elimination of external arrears (or both). A rush to reform may cause instability that could be seized upon by reform opponents to rewind the clock and go back to the bad old ways.