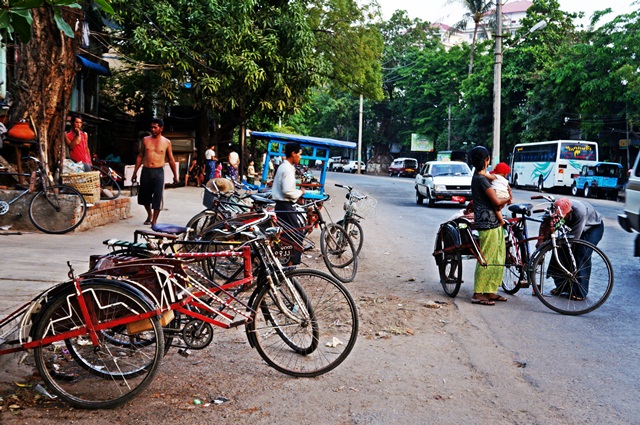 “This is the appropriate time to invest in Myanmar”, said Mr. Myin Maung Htun, managing director of Malika Power Engineering Ltd. and president of Myanmar Business Executives Association. But companies familiar with international business must lower some of their expectations when entering the last frontier of Southeast Asia.

Foreign investors seeking business opportunities in Myanmar have a new and unexplored market opening up, but challenges remain in an underdeveloped economic, financial and legal environment, and this must be met with patience, said panel speakers at the seminar on Tuesday. The event “Doing Business in Myanmar” was promoted by consulting company Interactive Business and Legal Solutions, in Bangkok.

Things happen there at a comparatively slower rate, both in terms of logistics and licensing, and financial transactions are still in their infancy. Cultural differences must also be taken into account when dealing with local partners.

Only 2 percent of the Myanmar population owns a car, 37% own motorcycles and 51% own bicycles. Picture : Yukari Sekine

The Italian-Thai development plans to invest 300 billion baht initially in a project that would transform Dawei into the hub of trade connecting Southeast Asia and the South China Sea, via the Andaman Sea to the Indian Ocean, receiving goods from countries in the Middle East, Europe and Africa, and spurring growth in the whole ASEAN region.

Since 2011, the Myanmar government has taken significant steps toward democratic reform.

Conferences are being held in Yangon to promote networking and encourage partnerships between domestic and foreign companies. US, India, Japan and Thailand have shown increased interest in and now compete with China, who has been the biggest foreign investor, corresponding to 70 percent of total foreign investment in the country. Western countries have shown themselves eager to participate in Myanmar’s prospected boom, by lifting sanctions previously imposed as a pressure against a brutal military regime.

Legal reforms are under way, with a new Foreign Investment Law to be approved by the end of this month. The Myanmar Investment Commission (MIC) has been established to oversee and facilitate foreign investment, and has been responsible for granting licensing for new investors in the country.

Myanmar has a population of approximately 60 million and the second largest land area in Southeast Asia.

Its strategic location bordering five countries: India, China, Thailand, Bangladesh and Laos means it has a tremendous consumer potential in its neighboring countries and a large labor force, according to Ms. Thida Thant, managing director of New Link Marketing Ltd.

Myanmar still has the lowest living standards in the region, with a GDP per capita of 379 dollars, according to UN data of 2009, behind Laos in Cambodia, but literacy rate in the country is about 90 percent. The IMF has predicted a GDP growth of 5.5 percent in financial year 2011-2012 due to higher commodity exports and higher investment, and 6 percent in the following financial period.

Only 2 percent of the Myanmar population owns a car, 37% own motorcycles and 51% own bicycles.

The telecom industry is still underdeveloped, and only 4 percent of the population have GSM or CDMA mobile phones. The internet is notoriously slow in Myanmar, although young people are increasingly taking advantage of greater liberties and easier access. Currently, only 0.2 percent of homes subscribe to the internet, with 0.1 per cent having mobile phones with internet, according to data presented by Ms. Lynn Lynn Tin Htun, Managing Director, Mango Marketing Services Co.,Ltd

Opportunities abound, but the country is also facing numerous challenges

Thailand’s biggest agro-industrial conglomerate Charoen Pokphand Group announced this week that it plans to invest US$ 550 million in Myanmar in the next three years, in the development of rice farms and rice mills, and livestock, according to The Nation.

Myanmar has already invited foreign firms earlier this month to explore 23 offshore oil and gas blocks, and some foreign companies have signed agreements for onshore exploration. Hydropower potential is abundant and Chinese companies have begun projects in the north of the country.

and people marched with candles for several weeks in May against the energy problem. This energy supply will also be necessary for the future development of the country.

Investors in the mining sector also met at a conference in Yangon this week. Foreign companies are eager to explore Myanmar’s rich and untapped mineral resources, including gems and copper, lead, zinc, tin, gold and limestone.

Reforms are encouraging, but some sectors are still restricted to foreign investment, such as the communications, banking, education, accounting sectors, said Ms. Cho Cho Myint. Many of these have been long dominated by military linked people who may slowly be loosening their powers over these sectors.

The booming tourism sector is also facing challenges, from infrastructure to high prices.

Cost of travel, particularly hotels are more expensive than in neighboring Thailand, partly due to the lack of available accommodation. Prices at a five star hotel can vary from 90 to 250 dollars a night due to seasonal change, said Ms Cho Cho Myint. Staying at a Ramada Inn may cost 55 dollars in Thailand, but can cost up to 150 dollars a night in Myanmar. The government is only beginning to regulate this fluctuation and imposed a limit of 150 dollars a night last week, she said.

Speakers at the seminar are all members of the Myanmar Business Executives Association:

Trial and Error for Business Social Media Will Fail