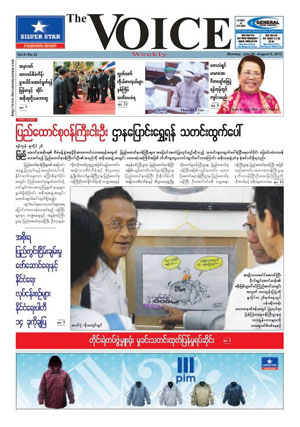 Reporters Without Borders and its partner organization, the Burma Media Association, roundly condemn the resumption of censorship by Burma’s Press Scrutiny and Registration Division (PSRD), which suspended two weeklies, The Voice and The Envoy, indefinitely on 31 July for allegedly violating “2011 Order No. 44” and a PSRD ban on publishing articles that have not received its approval.

“The PSRD’s measures show we were right to have repeatedly voiced doubts in recent months,” the two organizations said. “It is clear that part of the government or at least some of its most influential members are trying to keep the media under strict control. The current period’s transitional nature cannot be used by the information ministry or the PSRD to justify these suspensions. Such drastic sanctions on the press must end once and for all.”

The two organizations added: “We urge the PSRD to rescind the suspensions imposed on The Voice and The Envoy and to end its policy of deterrence, which just has the effect of getting journalists to censor themselves.”

via Censorship board back in action, suspends two weeklies – Reporters Without Borders.

Time to invest in Myanmar ? Not so fast