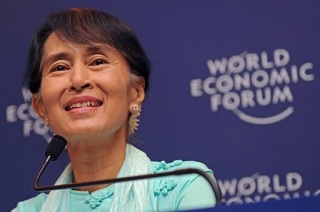 Burma has undergone drastic political reforms in the past few years. After overseeing unexpected elections in 2010 — the first to be held in 20 years — Burma’s military junta has shown that it is willing to reconcile with its opponents. The regime has set opposition leader Aung San Suu Kyi free, released political prisoners and legalised the National League for Democracy (NLD).

But some critics still don’t believe that Burma will become a country ruled by civilians. The Burmese army, or tatmadaw, is able to maintain ultimate political control because it holds 25 per cent of parliamentary seats. This factor, especially, explains why the critics’ concerns are legitimate.

As Burma moves ahead with rigorous reforms, there are at least three significant obstacles to the progress of political development.

First, many observers try to define the current political situation in Burma as a struggle between the military-backed Thein Sein regime and the NLD of Suu Kyi. This is a simplistic interpretation. The situation is complicated by the central government’s volatile relationship with various ethnic minorities. This volatility — more than conflict between the NLD and the military — has the greatest potential to wreck efforts to implement political reforms.

To date, the government has been unable to pacify all ethnic insurgents and, in the broader community, some ethnic groups feel they are being left out of the political process. The resultant resentment could rekindle armed conflict, which has smouldered for decades. Not even Suu Kyi has a clear policy toward national reconciliation that involves all ethnic groups.

Burma’s ethnic politics are very complex, so this lack of consensus should not come as a surprise. For this reason current ethnic conflicts across Burma cannot be neatly framed as a problem of centre and periphery.

via Burma’s reforms are far from finished | East Asia Forum.