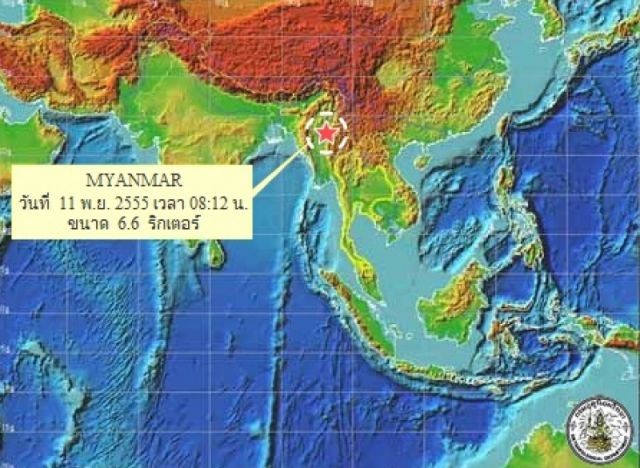 A powerful earthquake in Myanmar was felt in high-rise buildings in Thailand’s capital, while there has been no damage reported in provinces located not far from the quake’s epicentre

The Associated Press said the strong earthquake struck northern Myanmar on Sunday, causing residents to flee their homes, but no injuries or major damage were immediately reported.An official from the Meteorological Department in Myanmars capital, Naypyitaw, said the magnitude 6.8 quake struck at 7:42 a.m. local time with its epicenter near Shwebo, a town about 117 kilometers north of Mandalay.

In Thailand’s northern province of Chiang Mai, there was no report of any damage and residents on the plain felt no tremors. However, a survey on the damage has been conducted in Mae Hong Son’s Pai district, located near the quake’s centre.Meanwhile, in Uttaradit where the Sirikit dam is located, the dam director said the quake centre was about 438 kilometres from Thailand’s Pangmapha district in Mae Hong Son. An inspection found no damage to the dam’s structure.  MCOT online newsPhoto Courtesy: Meteorological Department Website

As Sanctions Ease, US Companies are returning to Burma