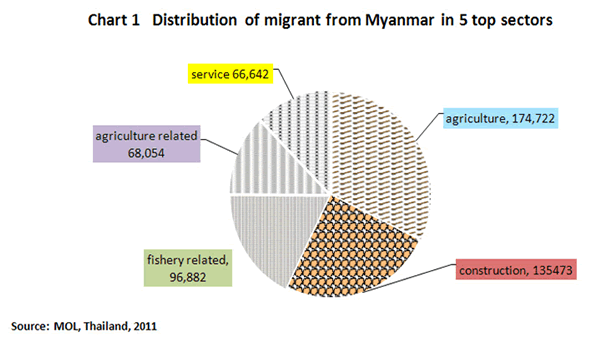 An estimated two million Burmese are working inside Thailand, some documented and others there illegally, escaping decades of war back home. Apart from the lack of job opportunities in their own country, many are escaping extreme poverty. Most are in construction, working up to ten hours a day, seven days a week.

Labor rights groups have noted that the majority or Burmese migrants are working for half the allowed minimum wage of 300 baht ($9.25) a day. Given the hard nature of their work, many are exposed to a constant risk of injury or worse. Medical insurance is close to non-existent

Photojournalist Rohan Radheya spend three weeks living among migrant workers in several parts of Thailand. He reports from that experience in the following photo essay, which has been submitted to the World Press-sponsored Tim Hetherington Grant 2014.

via Burmese Migrant Workers in Thailand | The Diplomat.