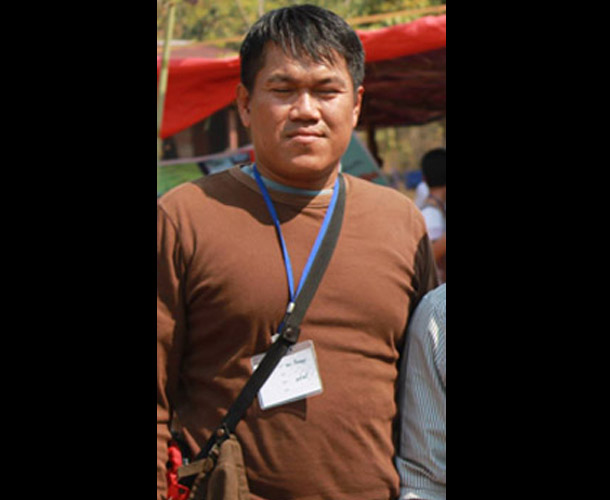 Journalist Aung Kyaw Naing, also known by the pseudonym Par Gyi, had been arrested while reporting on growing tensions between the regular Burmese army and the Democratic Buddhist Karen Army in southern Mon state.

The army suspected Aung Kyaw Naing of being a member of the rebel secessionist movement in Karen state, which borders Mon. False information had been circulating online for several days, including photos of members of the DBKA who falsely identified the journalist as an active member of the armed group.

Journalist Aung Kyaw Naing, also known by the pseudonym Par Gyi, had been arrested while reporting on Karen Army in southern Mon state.

For journalists, the killing recalls the rule of the authoritarian military junta that was officially dissolved in 2011. Reporters Without Borders expresses its condolences to Aung Kyaw Naing’s family and friends.

“This murder is a tragic demonstration of the government’s step backwards over the past year,” said Benjamin Ismaïl, head of the Reporters Without Borders Asia-Pacific desk. “With the International Day to End Impunity for crimes against journalists approaching, the government must take all measures to shed light on this case.”

“Last year, we brought to the attention of President Thein Sein and Deputy Information Minister Ye Htut the need to identify those responsible for army crimes against Burmese and foreign journalists under the junta. That task is vital for changing the mentality of the security forces and promoting a sense of responsibility among them.”

Aung Kyaw Naing disappeared on 30 September. His wife alerted the media during the days that followed. But not until 25 October did the army tell the Press Council that the journalist had been killed three weeks earlier and had already been buried.

The false allegations that Aung Kyaw Naing was a member of the Karen army circulated after the disclosure to the Press Council. He regularly covered ethnic tensions in the country’s south, near the border with Thailand. He worked for several publications, including the Yangon Times, Eleven Media Group, and The Voice.