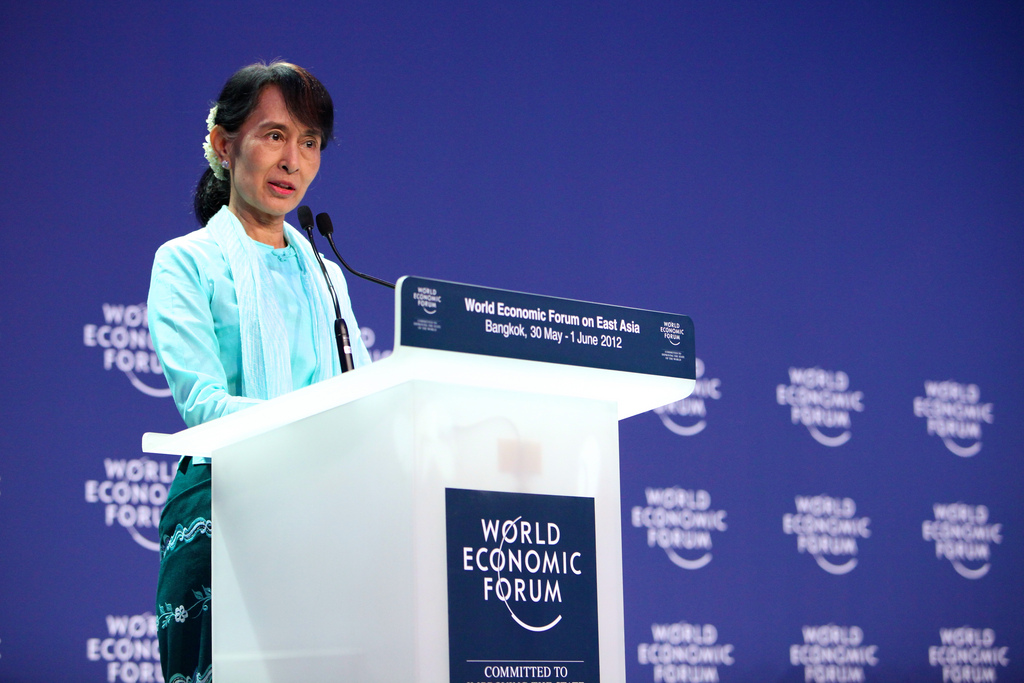 Cambodia, Laos and Myanmar are amongst ASEAN’s smaller economies, yet all different and facing different issues.

Taken as a trio, their collective GDP performance is still less than that as China’s Yunnan Province, which lies to the north of Cambodia and Laos, and also borders with eastern Myanmar.

Neither of these countries met the proposed ASEAN Economic Compliance deadline for reducing tariffs as they were supposed to at the end of 2015,  mainly because of local market concerns that in doing so opens them up to fully comply with the ASEAN-China Free Trade Agreement and the importation of thousands of Chinese product categories at zero tariffs – a situation that could spell disaster for already fragile economies.

These ASEAN countries have other problems too – a lack of productivity, and some of the lowest human capital rankings in the world.

Myanmar, with its population of 53 million, has amongst them very few semi-skilled workers – much of the population remains uneducated and are essentially subsistence farmers. That is a huge problem when looking at manufacturing using local labor. Laos has similar issues, coupled with a tough, mountainous terrain, poor infrastructure and no seaport access. Cambodia is marginally better, yet productivity issues remain a problem.

However, all that said, well established foreign investors in countries such as Vietnam, with years of experience in the country, do see opportunities for investing in these more difficult climates. In this article I take a look at the investment environment in each.

Cambodia is the brightest star amongst these three countries, with the Asian Development Bank predicting a GDP growth rate of 7.2 percent this year. The country is also enjoying a low inflation rate.

Shipments of garments and footwear produced in Cambodia rose by 11.0 percent year on year, while growth in total merchandise exports reached 14 percent, slowing from 18.3 percent. in 2014. Tourism has also declined, while agriculture is suffering from an extended period of low rainfall.

However, domestic demand remains strong, showing a 33.3 percent year on year expansion of credit to the private sector in May and indications of higher growth in imports. While the growth of garment manufacturing, construction, and services—in particular tourism, finance, and real estate services— continues to drive growth in GDP, the pace in the garment and tourism industries seems to be moderate.

The garment industry faces increased competition arising from the appreciation of the US dollar, in that the Cambodian economy is heavily dollarized, and from other low-wage competitors including Myanmar.

Asian investment dominates, with the largest providers of FDI being Taiwan, China, Hong Kong, South Korea and Malaysia. FDI from Western nations remains relatively low, although of these, the Americans tend to be more visible. An advantage Cambodia does have within its textiles industry is that it is the only country where garment factories are monitored and reported based on national and international standards.

This has allowed Cambodia to secure its share of quotas for exports to the U.S. through the US-Cambodia Trade Agreement on Textiles and Apparel which links market access to labor standards – an issue to consider for MNC businesses running ethical labor models.

However, this is offset by the fact that there is a very limited domestic textile industry, and almost complete dependence on imported textile material. To deal with this, the Garment Manufacturers Association in Cambodia (GMAC) is establishing a specialized training institute to train garment workers.

The institute is in Phnom Penh Special Economic Zone and will be completed by late 2016. It aims to train 1,600 garment workers in the first three years – meaning that garments and textiles manufacturing may well prove to be a bright spot from 2017 onwards as a strategic move by related MNCs looking to establish a low cost production base in Asia.

Laos is undergoing a construction boom with both infrastructure, especially electricity supplies, and real estate projects currently driving its economy forward. Much of this development is being provided by China, and is contributing to an expected GDP growth rate of seven percent for 2016. There are several China funded hydropower plants under construction, and an increase in tourist arrivals up 11 percent YoY to two million in the first five months of 2015 have also helped the economy, driven by an increase in air services to the country.

Mine output of copper, gold, and silver also rose in the first half, though prices for the metals have declined. On the downside, drought during the planting season is expected to hurt rice production and could also stem the water flow needed to generate hydropower, which it has invested in as a commodity to sell to China, Thailand and Vietnam.

On a brighter note, the tourism industry remains a strong growth area and is heavily backed by the Government. Opportunities lie here for foreign investors in this industry, and land remains inexpensive. If infrastructure and investment can be provided, including the development of eco-friendly resorts, hotels and so on, catering for Asian and other foreign tourists at a higher level of comfort can be expected to produce results.

Myanmar has just elected  its first civilian President in more than 50 years, bringing an end to the rule of the Generals. With Aung San Suu Kyi also expected to take the helm at some point, these new political developments are set to usher in a change of regional dynamics in Myanmar – the previous President, General Thein Sein has long been close to China. It remains to be seen which direction the country will now take.

Severe flooding at the end of 2015 has hampered crop production, a huge issue where much of the population are essentially subsistence farmers. Rice production represents some 97 percent of total food grain production, while energy supplies are extremely poor – 45 million of the total population of 53 million are without electricity.

Warring tribal areas in the north of the country continue to create problems, with occasional fighting spilling over into Chinese territory, much to Beijing’s considerable annoyance.

Myanmar also suffers from a very low human capital ranking – according to the World Economic Forum, the country ranks 112 out of 124 nations. This means education is going to be a key necessity. There are some bright spots – several Thai garment manufacturers have relocated to Yangon citing lower wages and production costs – bearing in mind generators and other self sufficient energy resources needed to be installed. However, at present, despite its allure, Myanmar remains a difficult country at present to do business.

The new Government needs to take stock,  produce a sustainable foreign investment culture, and then look at raising funds to secure much needed infrastructure development investments. Manufacturing meanwhile will in time be a possibility – but not until a better quality of education and training in skill sets can be introduced on a mass level. Foreign opportunities currently lie mainly in basic trading.

Each of these countries, while enigmatic and suggesting high GDP growth rates, are doing so on the back of a very low starting point. Concerns have to be raised as to global warming issues in all of them – Cambodia and Laos are already experiencing drought, and serious floods have ruined large swathes of Myanmar’s agricultural industry. However, there are bright areas – Cambodia is becoming more developed and has a higher level of sophistication and business knowledge, and could be an alternative to manufacturing in Vietnam. Laos meanwhile offers opportunities in the tourism sector, and Myanmar will surely need assistance in education and skills training.

However, it is important to note these are not markets for the new-to-Asia investor. These countries will all require a high degree of local sensibility in order to succeed, meaning several years on the ground experience will be needed to uncover where the opportunities lie and how to exploit them. In essence, ground-breaking investments in these countries is still the preserve of entrepreneurs, and MNCs with deep pockets in infrastructure development.