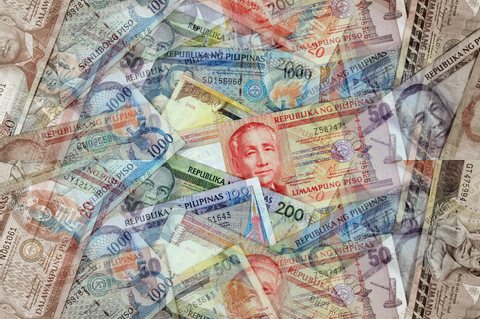 The Philippines may be heading towards a period of economic introspection, according to Oxford Business Group latest update. Phillipines may be looking inward for growth and stability as the shadow of slower economic growth appears to be spreading over many of its key trading partners. The country’s inner strength was tested late in 2011, however, by natural disaster and other domestic concerns.

As the year closed, the Philippines was still calculating the costs of Sendong, the devastating tropical storm that swept through Mindanao Island and other areas in mid-December, leaving well over 1000 dead, hundreds missing and damaging much of the key infrastructure in the region.

According to some estimates, more than 25,000 homes were lost as a result of the storm, and some 266,000 people displaced.

The cost of clean-up and repairs has yet to be completely calculated, though it will surely be immense, as will the losses to the economy. Official figures put the losses from the farming sector alone at $187m, which in turn could cut agriculture exports by some 5-10%, while also reducing domestic demand and trade well into 2012.

World Bank and other agencies say that the Philippines’ GDP could expand by up to 4.2% in 2012

The damage to Mindanao’s agricultural sector hit rice and grain production especially hard, with the losses likely to require increases in imports to make up the shortfall. Even before the economic impact of Sendong was determined, there were warnings being issued that the Philippines could see a slowdown in growth in 2012.

On December 20 the World Bank issued its latest update on the Philippines, saying that if much of the global economy slipped back into recession, Manila would have to contend with a sharp fall in GDP growth.

The international lender said that growth could be limited to around 1% in 2012 if there was a downturn in the global economy. However, the World Bank said the effects of a widespread recession, which would result in a contraction in private and external demand, could be mitigated by fiscal stimulation from the government.

World Bank and other agencies say that the Philippines’ GDP could expand by up to 4.2% in 2012

Of course, this is a worst-case scenario, and the World Bank and other agencies say that the Philippines’ GDP could expand by up to 4.2% in 2012. This will be dependant on a number of factors, including whether the country’s export markets hold up. If the end of 2011 is any indication, the export markets could continue to slip to some degree, with exports falling 14.6% year-on-year in October, the sixth month in a row that overseas shipments had declined, according to data issued by the National Statistics Office in mid-December.

Overall, from January to October, exports were down by 4.3% compared to the same period in 2010, a trend that was expected to continue through the last two months of 2011 and into 2012 as demand in some of the Philippines’ major markets is likely to remain weak for some time. With exports representing about 40% of GDP, any significant and prolonged downturn will come as a blow to the economy.

Another reason cited by the IMF for the slowing rate of growth was government under-spending on a number of major projects in 2011. However, although this shortfall in outlays may have slowed expansion in the past year, the unspent funds will give the government additional flexibility in 2012 while not adding to the public debt burden, the IMF wrote in a statement issued in mid-December.

Amongst the world’s growth markets, the ASEAN trade bloc is a particularly notable success story. It significantly out-performs many developed territories as well as those which are still developing. END_OF_DOCUMENT_TOKEN_TO_BE_REPLACED

The campaign pledge of Rodrigo Duterte, the populist president of the Philippines, was mass murder, pure and simple – and, unlike most politicians, he faithfully delivered on his promise. END_OF_DOCUMENT_TOKEN_TO_BE_REPLACED