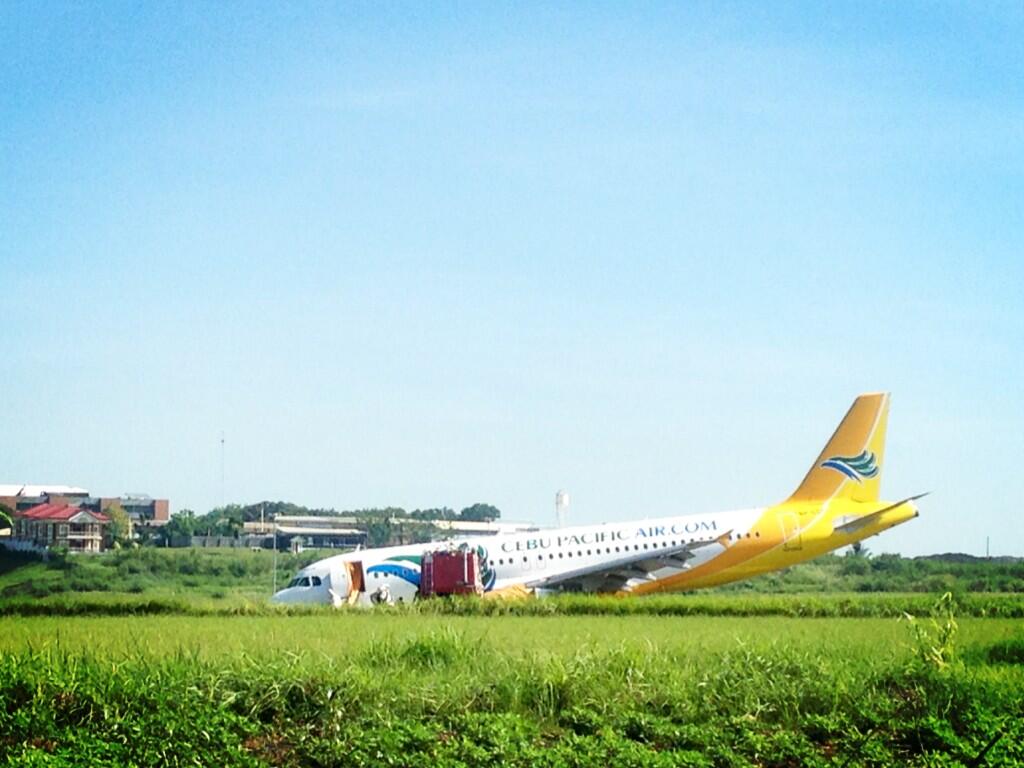 The crash landing Sunday of a Cebu Pacific domestic flight in Davao City in the Philippines exposed a long series of disasters after the flight veered off the runway and ended up nose-down in a ditch.

More than 160 passengers of Cebu Pacific Flight 5J 971 escaped unharmed after the plane came to a stop, although passengers charged that the evacuation procedure was such a mess that if the plane had caught fire, disaster would have ensued. All flights into and out of the Davao airport were cancelled.

That was only the start of the passengers’ problems, with the travel chaos spilling over to the next day as they were bused 170 km to another airport where crowds waited for hours to be processed. The plane was still stranded yesterday, making Davao City’s runway inaccessible to incoming and outgoing flights.

Cebu Pacific on Monday apologized for the mishap and offered to transport passengers from Davao to General Santos at no extra charge. The carrier, a subsidiary of JG Summit Holdings and headed by Lance Gokongwei, scion one of the Philippines’ richest families, also waived rebooking fees and mounted 16 additional flights to “reaccommodate” passengers. Although none of the passengers was hurt, many of them complained that the crew offered them no help.

“The cabin crew “apparently lacked crisis management training because they performed so poorly during the emergency,” a passenger told local media. “A few of us passengers were the ones who tried to calm down the rest of the passengers.”

Ayala unveils gardens for the sky in Manila

Amongst the world’s growth markets, the ASEAN trade bloc is a particularly notable success story. It significantly out-performs many developed territories as well as those which are still developing. END_OF_DOCUMENT_TOKEN_TO_BE_REPLACED

The campaign pledge of Rodrigo Duterte, the populist president of the Philippines, was mass murder, pure and simple – and, unlike most politicians, he faithfully delivered on his promise. END_OF_DOCUMENT_TOKEN_TO_BE_REPLACED